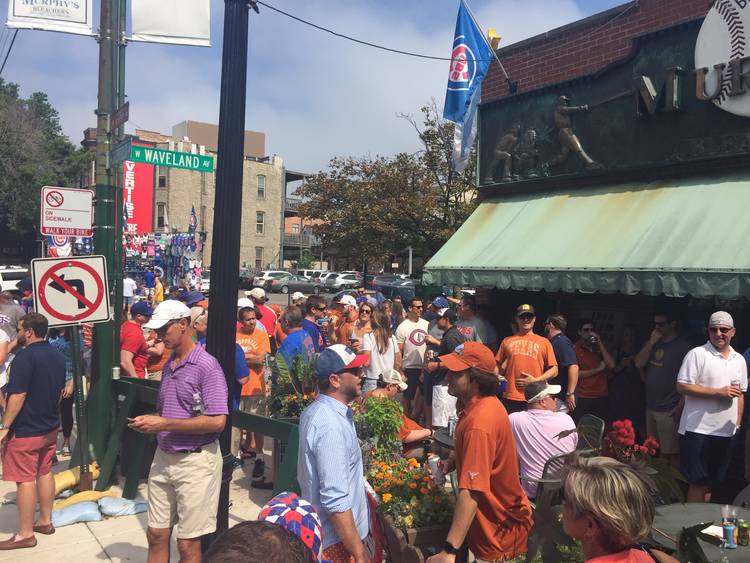 There was a definite burnt-orange tint to the outfield bleachers at Wrigley Field on Friday afternoon as Texas fans flooded in to see the Chicago Cubs take on the Arizona Diamondbacks.

The #Cubs showed a message welcoming the Texas Longhorns. I think the organ is playing Deep in the Heart of Texas.

Many UT fans flew into Chicago a day before Saturday’s season opener at No. 11 Notre Dame. So why not make it a full sports weekend?

Several fans in the right field bleachers broke out a “Texas Fight” chant. The Wrigley Field organist played “The Eyes of Texas” twice in-between innings at one point.

By the Statesman’s unofficial count, we’re going with 2,000 UT fans. Again, that’s unofficial. But there were a bunch. For those wondering, comedian Jon Lovitz sang “Take Me Out to the BallGame” during the seventh-inning stretch.

Lots of #Longhorns at the Cubs game: They just chanted, “Texas fight!” in the stands. #HookEm pic.twitter.com/8Z1UEUxEEL

The Chicago Sun-Times summed it up with a headline reading, “Texas Longhorns fans take over Wrigley Field.”