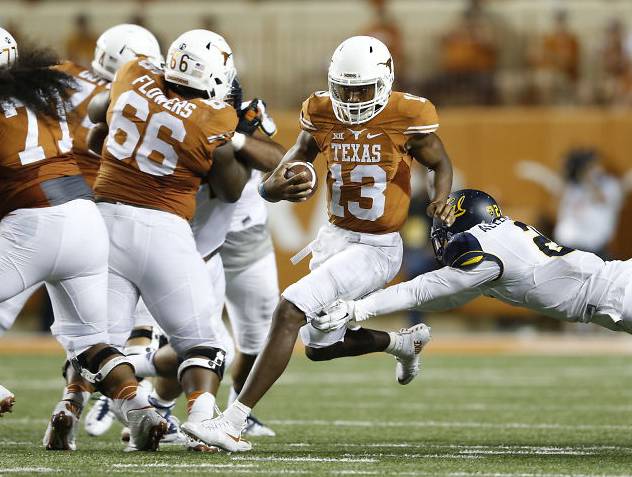 Texas’ comeback hopes — which looked so exciting after Jerrod Heard’s electric 45-yard touchdown run with 1:11 left in the game — were dashed when Nick Rose missed the third extra point of his career.

The previous two were nowhere near as big as this.

The loss drops Texas to 1-2. The Longhorns open Big 12 play next Saturday, at home vs. Oklahoma State.

Cal (3-0) scored 31 unanswered points, a stretch that spanned the end of the second quarter into the beginning of the fourth. The Longhorns allowed 548 yards.

Texas had its chance, however. D’Onta Foreman’s 27-yard touchdown run brought the Cal lead to 45-38 with 3 minutes left. Heard drove Texas down the field and then scored on his long keeper. Texas needed only Rose’s extra point to tie it.

Daje Johnson had another big night: 5 catches for 145 yards.