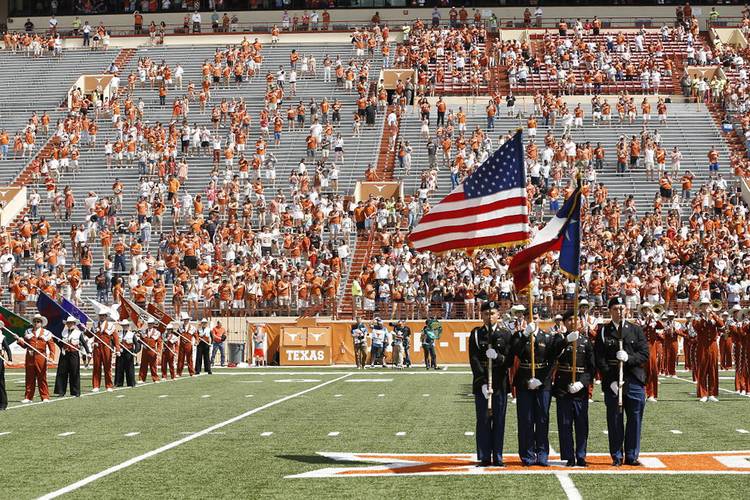 Texas kicks off the Big 12 football season with the Oklahoma State Cowboys at 2:30 p.m. today at Royal-Memorial  Stadium in Austin.

The Longhorns haven’t won the Big 12 title since 2009, when a guy named Colt McCoy was playing quarterback. But the Longhorns’ new quarterback, Jerrod Heard, has brought some “sizzle” to the team. He’ll get his first taste of conference play against the No. 24-ranked, and undefeated, Cowboys (3-0).

Texas (1-2) is reeling after a heartbreaking non-conference loss to California, while Oklahoma State has wins against Central Michigan, Central Arkansas and the University of Texas at San Antonio.

The Cowboys’ schedule may not be filled with a lot of giants, but the Daily Oklahomam’s Kyle Fredrickson says “it’s just the way (OSU coach Mike Gundy) likes it.”

And if you’re not heading to the game, like apparently Joe Jamail these days, you can follow all the action on our Oklahoma State Game Week page.