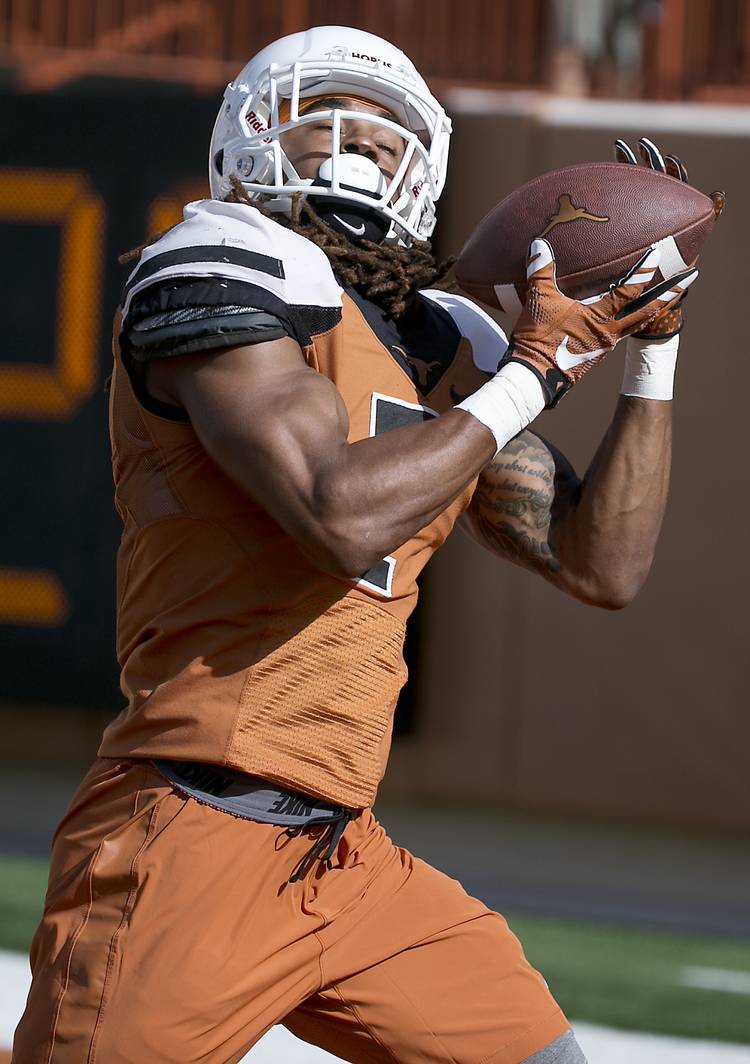 Selected highlights from wide receiver Marcus Johnson’s interview with the media on Monday:

What’s the mood after these last two weeks?

Definitely disappointing knowing that we still have the obligation to our teammates and our coaches. It’s definitely too early to give up. We’ve worked too hard to take a step back. We have to continue to know that these last two weeks. The record we have, being 3-1 is that close. It still isn’t what it should be. We need to find a way to turn it around.

What is your reaction when you see one flag after another?

It is what it is, but it’s still frustrating. It’s not an excuse for us. … Whether we question the calls or not, they were made and we have to be able to move forward and continue to capitalize.

I know Coach (Strong) wants this really bad and hasn’t gotten any breaks. How’s he handling this and the conversations you’re having for what’s a really tough time for him as a coach?

It is. He understands that we’re that close and we have a lot of talented players. He loves what we’ve been doing these last two weeks. Although it may be one point there, three points there, he knows how close we may be. It’s also a players game. Taking a step back and the players getting together and understanding that at some point we have to make up our minds that those three point losses and those little things, we have to be able to stand and we need to make a difference. We just have to capitalize as players.

Do you feel y’all have been unlucky?

You can say that, but then again, from a player’s perspective you have to understand that they call it luck when you just watch the game. As the little details go through, it’s just execution.

From what you’re saying, it sounds like the mood is “Hey we’re going uphill, it’s just not showing up on the scoreboard?”

Exactly. We can’t let it get like last year, where you get halfway through the season and it just goes downhill. Taylor Doyle said it perfect: This is the turning point. The last two games haven’t went the way we wanted them to. There’s a lot of scrutiny, a lot of different things. The fans don’t like disappointments. But will we get better and learn from it and move on from it and win those close games or will we just stop working hard and feed into all of the things that are going on and make excuses and drop? That’s one of the things that we can’t let happen. The season is still early. There’s still a lot of good football to be played.