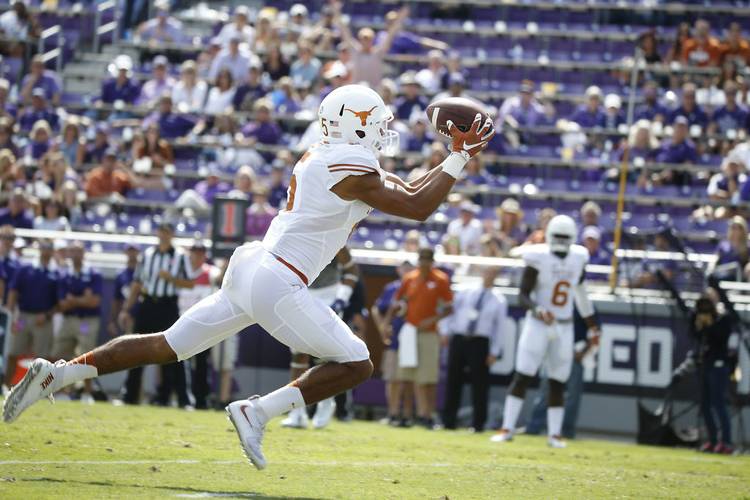 Texas avoids the shutout late in the 4th as Tyrone Swoopes finds Lorenzo Joe for a 21-yard touchdown pass.

Texas sent in Swoopes for Jerrod Heard after the Texas offense failed to put up any points through the third quarter. Swoopes struggled in his first few drives, but was able to get Texas on the board with under seven minutes to go in the game.

The Horns trail the Horned frogs 50-7 with three minutes left in the game.

Swoopes finds Lorenzo Joe (remember him?) for a late TD. TCU lead down to 43.