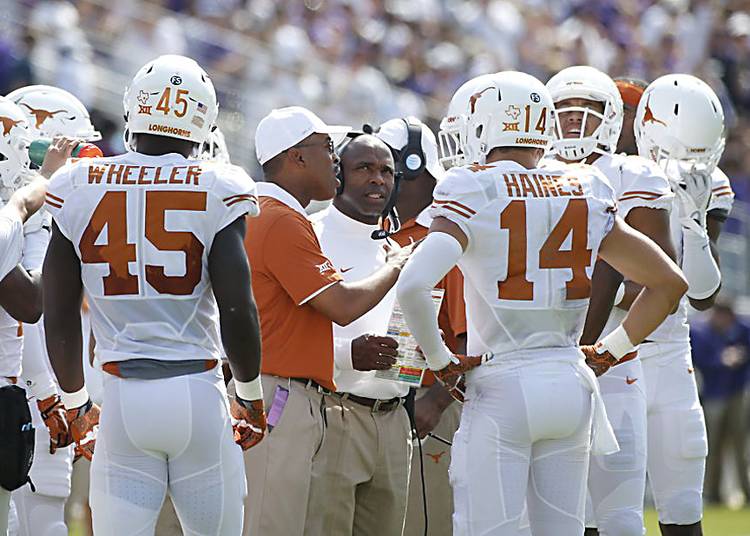 OCTOBER 3, 2015 - The texas coaching staff meets with the teaml during the second quarter of an NCAA game held at Amon G Carter Stadium in Fort Worth, Tx., on Saturday, October 3, 2015. (RODOLFO GONZALEZ / AMERICAN-STATESMAN)

The Rangers lost to the Angels 11-10, allowing five runs in the ninth inning. They later apologized to the University of Texas following the tweet.