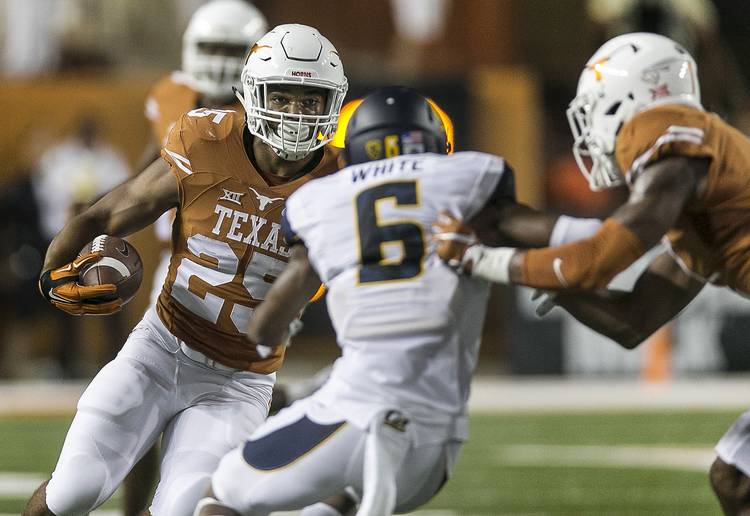 Texas freshman Chris Warren III has played in three games so far. However, his mother has indicated she may prompt her son to transfer. (RODOLFO GONZALEZ / AMERICAN-STATESMAN)

Texas running back Chris Warren’s mother indicated she will force her son to transfer if things don’t work out in Austin, according to a report.

In an interview with Realdawg.com, the Washington Huskies’ 247sports recruiting website, K’Tara Lopez said she’s still in a “wait-and-see stage” with her son.

“Christopher will not play for a coach that does not place academics, the development of a young man’s foundation (character) and enforcement of proper conduct on and off the field at a very high level,” Lopez said, according to the website. “We are not timid about the transfer process like others are.”

Lopez told the website she wouldn’t say which school Warren would transfer to, but “you know his final list,” she said. Warren’s recruitment came down to Texas and Washington.

Warren has played sparingly so far this season, getting only 33 yards on 10 carries in three games. He was ranked as one of the nation’s top 10 running backs in high school.

“I think he can (turn UT around),” Lopez said of Strong. “But (I’m) not sure the time frame will work for the UT fans and alumni.”