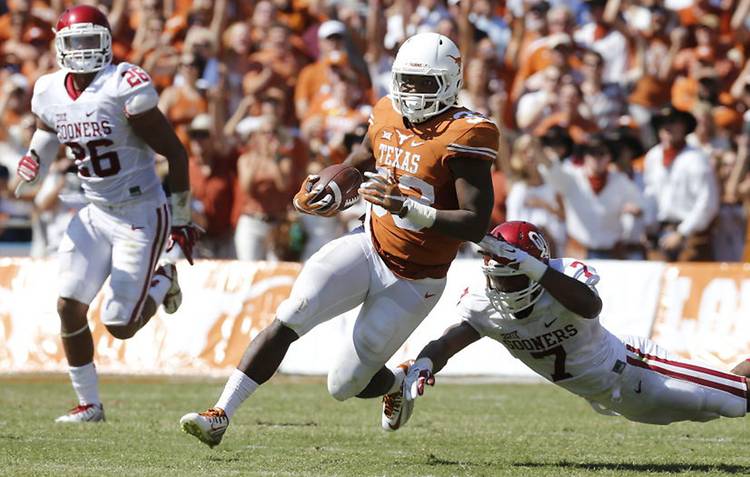 OCTOBER 10, 2015 - Texas running back D'Onta Foreman breaks away for an 81 yard gain in the second half of the AT&T Red River Showdown between Texas and Oklahoma held at the Cotton Bowl in Dallas, Tx., on Saturday, October 10, 2015. (RODOLFO GONZALEZ / AMERICAN-STATESMAN)

D’Onta Foreman makes an 81-yard run to keep the Longhorn’s momentum rolling into the 4th quarter. Horns lead 17-10 as they begin the final stretch. Texas went on to score to make the lead 24-10.

According to radio broadcast, Foreman 81-yard run was Texas' longest run without a TD since EARL CAMPBELL against North Texas in '76.

Nick Rose kicking it at the Cotton Bowl