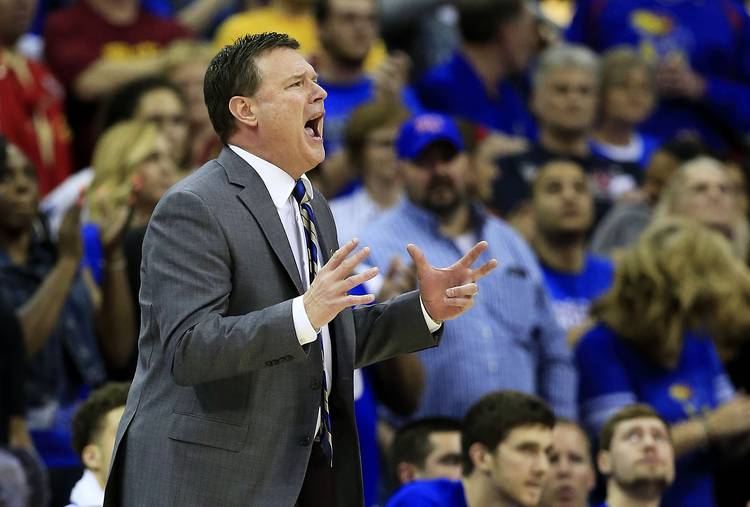 Oklahoma and Iowa State were picked second and third, respectively.

Coaches were not allowed to vote for their own teams, which means Kansas’ Bill Self voted for the Cyclones.

The Big 12 hosts its annual preseason media day in Kansas City on Tuesday. Then, the Longhorns will return home and host an open intrasquad scrimmage at Gregory Gym. Doors open at 6 p.m.

During the event, school officials announced a random UT student will have the chance to sink a half-court shot for $10,000. The first 200 students who arrive and receive a raffle ticket will be eligible.

Here's a look at the Big 12 men's basketball preseason poll. Coaches were not allowed to vote for their own team.