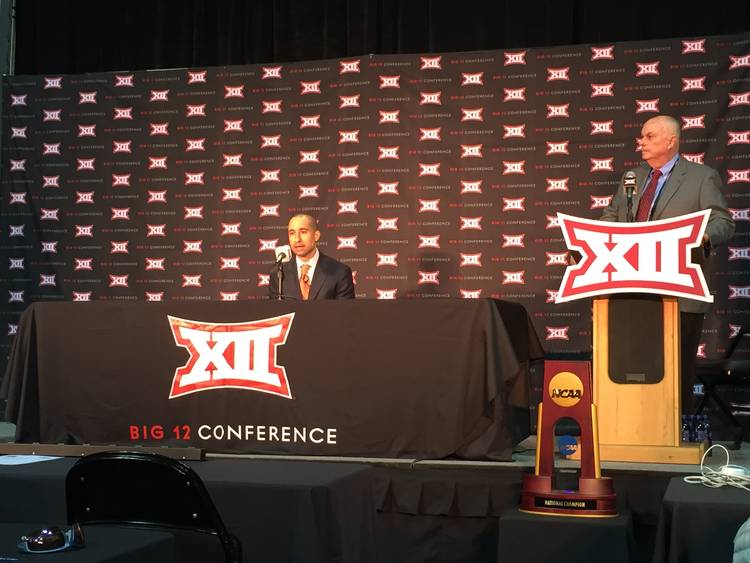 KANSAS CITY, Mo. — New Texas coach Shaka Smart had the same smooth style in his Big 12 introduction that he’s made with almost everyone in Austin.

“Excited to be here in Kansas City, really, really excited about being the head coach at the University of Texas,” Smart said at Big 12 men’s basketball media day at Sprint Center.

Smart and the other nine Big 12 coaches will spend Tuesday running through a print, TV, radio and social media gauntlet. Smart and guards Isaiah Taylor and Demarcus Holland are in town representing the Longhorns.

Smart said the last six months have been great for team building. However, the season will present some new challenges. “We have faced very little adversity in the offseason,” Smart said.

A shorter shot clock may fuel the faster pace. Beginning this season, the NCAA will go to a 30-second shot clock instead of 35 seconds.

“I don’t think five seconds makes any difference,” West Virginia coach Bob Huggins said. “Probably be more bad shots taken. But other than that, I don’t think there’s much difference.”