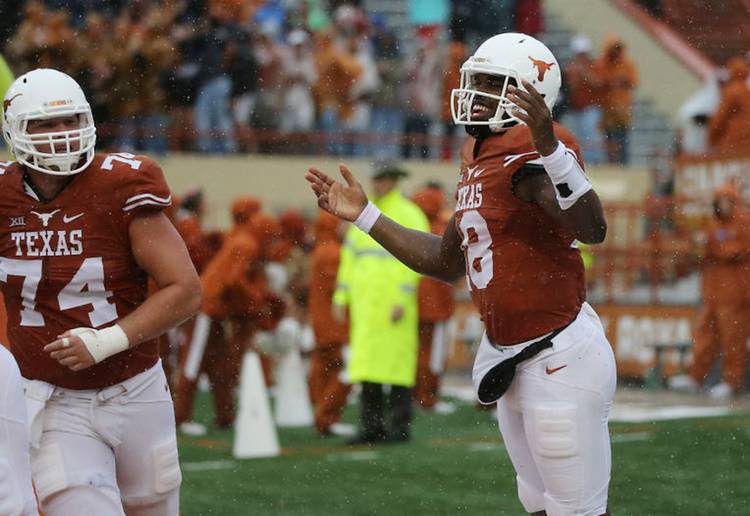 Texas #18 Tyrone Swoops celebrates after scoring the second TD of the game during the second quarter of the UT game against Kansas State Saturday, October 24, 2015. Deborah Cannon/AMERICAN-STATESMAN

Check out the live coverage.