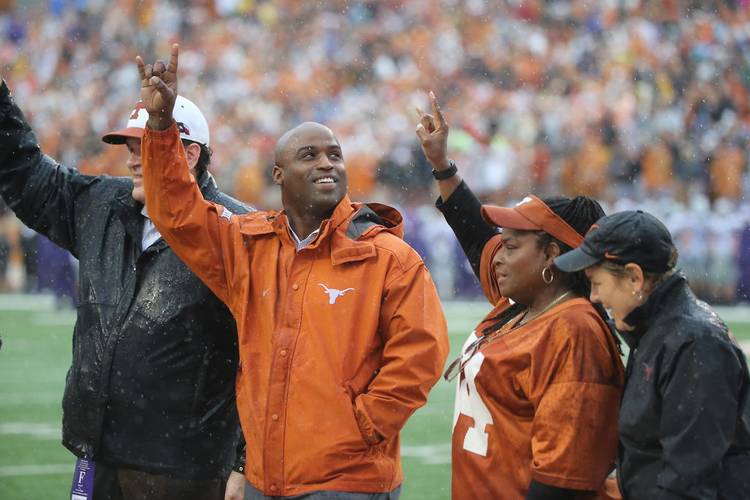 Former Longhorn Ricky Williams braves the rains on the sidelines of the game during the first quarter of the UT game against Kansas State Saturday, October 24, 2015. Deborah Cannon/AMERICAN-STATESMAN

Longhorn legend Ricky Williams was honored on the field today at DKR for his upcoming induction to the College Football Hall of Fame. Williams will be inducted in December.

Kansas State’s Bill Snyder gets knocked out by own player

Texas RB Johnathan Gray in his element against Kansas State