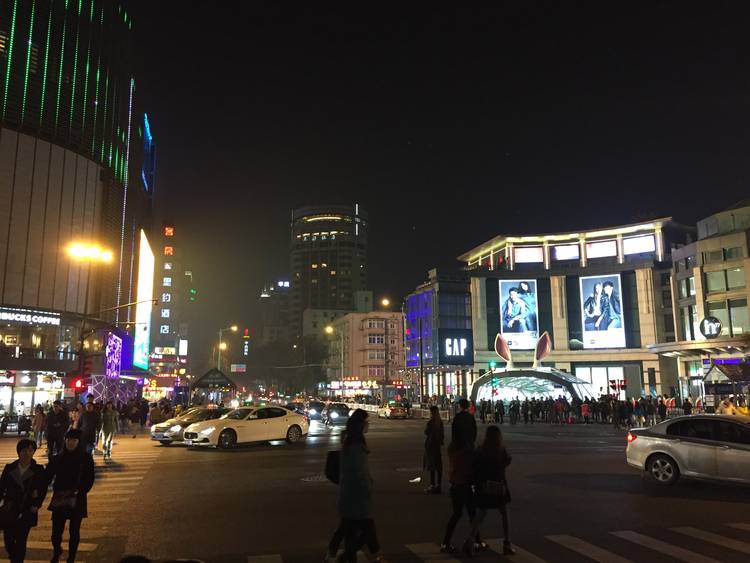 Anyway, high-speed rail is the best way to get from Shanghai to Hangzhou, China, a sizable city with 8 million people, according to state-controlled census data.

If you want to follow the Texas men’s basketball team, you’ll need more than just a train ticket on this trip. For me, it took a short flight to Dallas, a 15-hour flight to Shanghai, a fun ride aboard the Maglev train powered by magnetic levitation, a boring subway ride on the 2 Line that made 17 stops during rush hour, the hour-long bullet train journey and a questionable cab ride from a guy who walked me through the parking garage, got in the car and said “100.” Yuan, that is. This did not feel negotiable.

After a near-death journey through the Hangzhou streets  — and UT administrators will back me up on the aggressive, take-no-prisoners driving experience here — I made it. Safe and sound. All in, today’s ground transportation cost me the equivalent of $36.40. You’re welcome, boss.

At least the Longhorns travel in better style than sportswriters. Players sat in business class, which has the seats that extend out fully so normal people can lie flat. The 6-foot, 11-inch guys are out of luck. Texas and Washington are both staying at Hyatt hotels, which appear to be among the best around.

The Hyatt Regency in Hangzhou isn’t exactly off the beaten path. The hotel is literally around the corner from an Apple store, several designer watch stores and three Starbucks. This isn’t exactly roughing it.

On Tuesday while I was traveling, both UT and UW players toured the Alibaba campus and met chief executive Jack Ma. “Met” is an interesting term, as it was more like a five-minute grip-and-grin with players for photos.

Saw Connor Lammert and asked him what exactly does Alibaba Group do? “I don’t know, but it makes a lot of money,” he said. Actually, it’s one of the most successful companies in China overseeing various Internet ventures.

On Wednesday, the Texas players will take it easy. The team plans on eating breakfast and spending the morning in study hall at the team hotel. Washington plans a sight-seeing excursion where players will have to be the tour guides.

Both teams are scheduled to practice locally and then bus back to Shanghai, a three-hour proposition compared to the one-hour train ride. Thursday and Friday will probably be low-key days, outside of a press conference for local media to drum up interest.

Then comes Saturday morning’s game, which will air at 9 p.m. Friday Central time in the United States. The Longhorns will likely leave Mercedes-Benz Arena and go straight to the airport. I’m hoping to catch a ride.