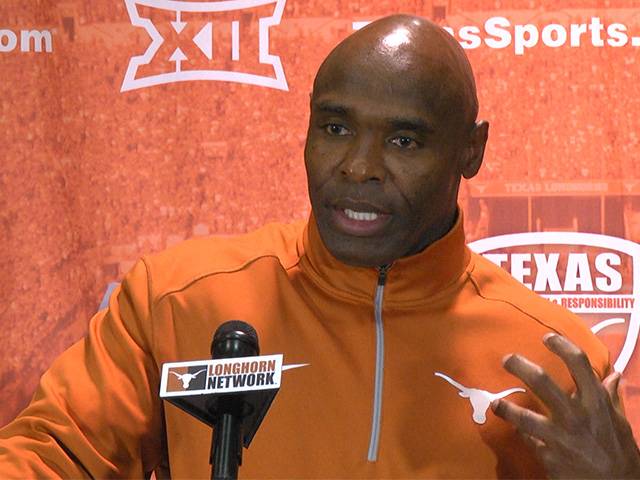 The first was about renewing the rivalry series with the Aggies, to which Strong has consistently been in favor.

“I would love for it to happen, but a lot of things have to be worked out,” he said.

The second reference was a jab at the barber shop in A&M’s football facility. It was in response to a question suggesting Texas is lagging behind in player amenities.

“What are we behind on?” Strong said. “Because we don’t have a barbershop in our locker room?”

Charlie Strong’s press conference: Warren’s in, Foreman and Gray are out?

Where did OU’s one loss come from, anyway? Oh yeah, that’s right …