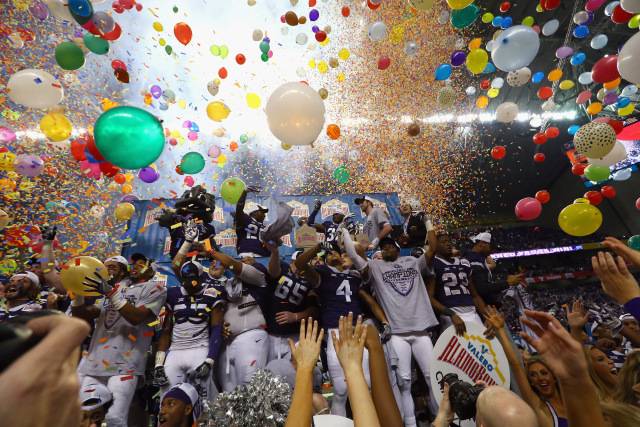 TCU celebrates after wining the Valero Alamo Bowl at Alamodome on January 2, 2016 in San Antonio, Texas.

We took a hard look back at the five-year recruiting cycle that made up the rosters for the 2015 season to compare the recruiting numbers to the results on the field.

Here is a look at the Big 12 recruiting ranking, according to 247Sports, for the five-year period that made up the 2015 teams, followed by a description of how the teams fared on the field.