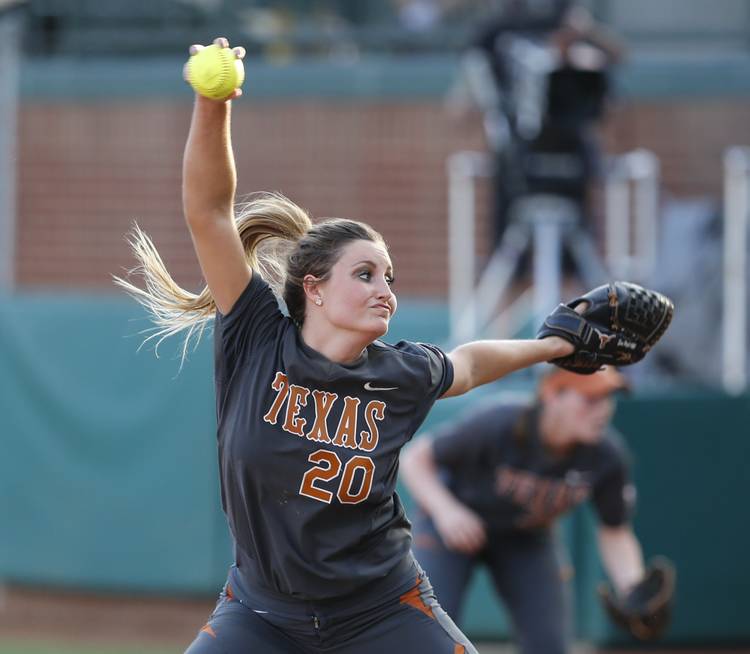 Sophomore pitcher Erica Wright will not be available for this weekend’s Texas Classic, scheduled to begin on Thursday, Feb. 11 at McCombs Field.

Texas softball sports information director Brian Davis sent out an email Tuesday morning, two days ahead of the Longhorns’ season opener, stating that Wright “would be out indefinitely due to a rib injury”, As a freshman, Wright became the ace of Texas’ pitching staff. She finished her freshman season in 2015 with an 18-9 record in the circle with a 2.42 earned run average. The Huntington native appeared in 37 games and had 14 complete games, seven shutouts and finished with 178 strikeouts.  She was a first team All-Big 12 and NFCA All-Central Region selection along with being named to the Big 12 All-Defensive and All-Freshman teams.

In Wright’s absence look for junior Tiarra Davis, the 2014 Big 12 Freshman of the Year, sophomore Kristen Clark and transfer Paige von Sprecken to see time in the circle for the Longhorns this weekend.

Texas begins its 2016 season Thursday, Feb. 11 at 6 p.m. against Arkansas to open the Texas Classic.