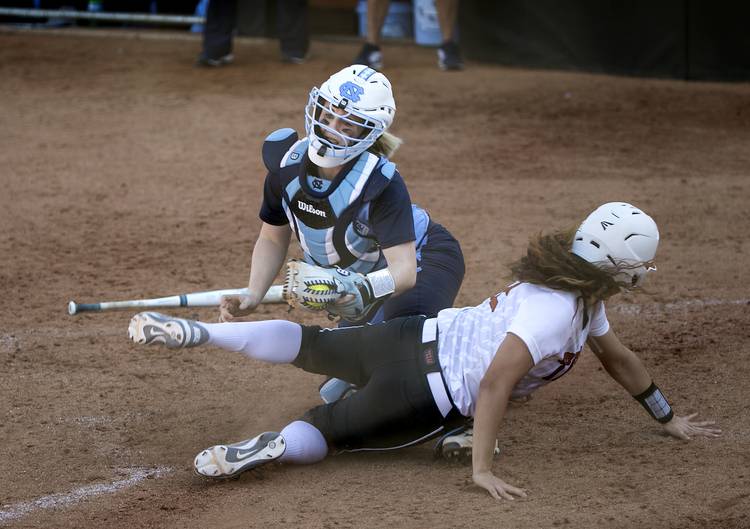 Texas softball played a doubleheader Saturday from the Longhorn Class. It's Texas-North Carolina, followed by Texas-Arkansas. In the first of the two games, UT's Celina Felix is out at home plate by Katie Bailiff of North Carolina. LAURA SKELDING/AMERICAN-STATESMAN

After a perfect 5-0 weekend in the Texas Classic to open the 2016 season, the Texas softball team came in at No. 24 in the first regular season poll by ESPN.com/USA Softball.

Fellow Texas school Texas A&M is No. 23 after a 4-1 showing in the Aggie Classic in College Station while Texas State, which was 5-1 this past weekend in the CenturyLink Classic in San Marcos, received one vote.

The Longhorns are unbeaten after five games for the first time since 2013 and the eighth time in program history.

Texas had victories over Arkansas, North Carolina and North Dakota State at McCombs Field, with four of the Longhorns wins coming after a late-inning rally.