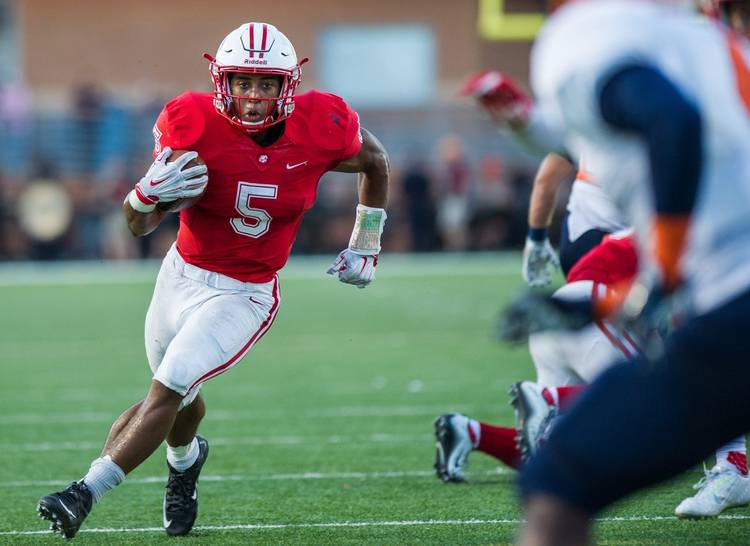 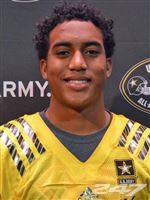 HOW DID HE GET HERE? Porter was recruited by two UT coaches who aren’t even there anymore — Chris Vaughn and Tommie Robinson. Picked Texas over offers from TCU, Arkansas and Oregon. He took his official visit to Texas on Jan. 22 and committed on Feb. 2, the day before signing day.

AT KATY: Was a key part to three Katy teams that made it to state title games, a pair of state runner-up finishes in 2013 and 2014 and last year’s Class 6A Division II championship, earning state title game offensive MVP honors against Lake Travis. At Katy, Porter went 45-3 his final three seasons. … Was an All-American, all-state and three-time all-district pick, including co-newcomer of the year honors as a sophomore.

PORTER’S BEST GAME — SO FAR: Facing fellow Houston-area power Manvel in the Class 6A Division II regional finals, Porter had 30 carries for 212 yards and five touchdowns in a 35-17 win at NRG Stadium on Dec. 4, 2015. The Tigers scored three TDs in the first eight minutes — all Porter TDs, on Katy’s first three drives — and it was the third straight year that Katy bested Manvel for a ticket to the state semifinals.

THE NUMBERS GAME: Porter wore No. 5 at Katy, but will probably end up with something else as a Longhorn; currently, junior-to-be receiver Lorenzo Joe sports No. 5.

THEY SAID IT: “He’s a very humble person. He’s a great person on and off the field. He’s not gonna bring any of the attention toward himself. He’s gonna make sure his teammates and his offensive linemen are getting recognized.” — Travis Whillock, Katy safety

1. Longhorns fans will be happy to know that Porter once gave Texas A&M coach Kevin Sumlin a cold shoulder. Porter didn’t mean anything by it, but when Sumlin visited Katy after Porter’s sophomore season, Porter refused to greet him. “I was scared,” Porter said. “That’s when people were telling me I was good at football, but I didn’t see myself at that level yet.”

2. Porter is believed to be the first Katy player to sign with Texas since offensive lineman Chad McMillan in the late 1980s. That might be a surprise given that Katy has won eight state titles and finished second 15 other times. “I don’t know the answer to that,” said Katy assistant coach B.J. Gotte. “Texas comes through here, so it’s not like they’ve missed us. I don’t know if we’ve had the type of player they’ve been looking for.”

3. At the age of 12, Porter moved to Katy from Louisiana with his family.

Our full Kyle Porter profile can be read here.