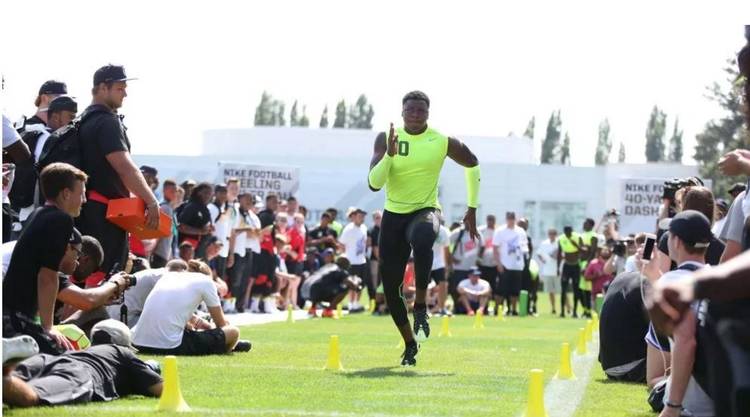 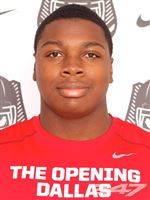 HOW DID HE GET HERE?: Two of Texas’ big guns were responsible for McCulloch’s recruitment — defensive coordinator Vance Bedford and linebackers coach Brian Jean-Mary, who also is UT’s recruiting coordinator. Texas A&M, Michigan and Notre Dame all made early contact with him before Texas, LSU, Ohio State and Stanford came into the mix. Texas, A&M, Notre Dame, Florida and Stanford made his top five last December, and he picked Texas on signing day.

AT ALDINE DAVIS: McCulloch may be the greatest player ever produced by Aldine Davis — of course, it’s a new school that didn’t field a varsity football team until 2014. The Falcons went 6-5 in each of his two years, falling in the first round of the Class 6A Division II playoffs each season. … Was an all-state and two-time all-district pick.

MCCULLOCH’S BEST GAME — SO FAR: Statistically, McCulloch made a marginal impact in Aldine Davis’ 50-0 win over Aldine Nimitz on Oct. 9 because he was taking on three blockers all night. Sensing McCulloch was frustrated the next day, Davis coach James Showers turned on the film and showed his linebacker that he was responsible for “60 to 70 percent” of the plays his teammates made. “They tried to do toss sweeps and he would beat two or three of them and someone else would clean up the mess.”

THEY SAID IT: “He actually started playing better when he took on that name (The Shark). We always said sharks hunt continuously, and he kind of lived up to it.” — James Showers, Aldine Davis coach.

1. Aldine Davis didn’t open its doors until the fall of 2012 — McCulloch’s freshman year — and then had to wait two years before the school’s football team to start playing varsity football. It also took awhile for recruiters to take notice; McCulloch’s initial national ranking was in the 700s during his sophomore year. On signing day, he was rated 59th in 247Sports’ composite rankings.

3. Be on the lookout for McCulloch’s brother, Joshua, an offensive tackle at Davis. As a 15-year-old sophomore, he’s already 6-4, 280. Joshua currently doesn’t hold any scholarship offers, but Texas coach Charlie Strong definitely knows who he is. “Charlie watched him dunk a basketball,” Jeffrey McCulloch said.