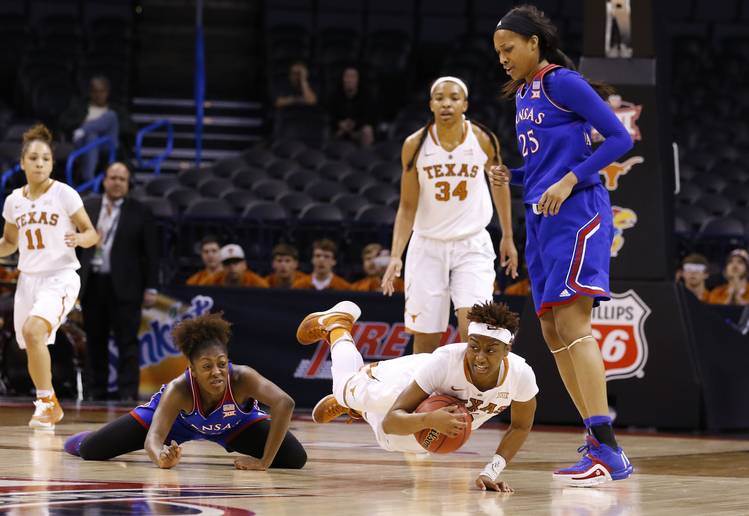 Texas forward Jordan Hosey dives for a loose ball in front of Kansas forward Caelynn Manning-Allen (25) during the first half of an NCAA college basketball game in the Big 12 Conference women's tournament in Oklahoma City, Saturday, March 5, 2016. (AP Photo/Alonzo Adams)

Ariel Atkins scored 11 points and Brooke McCarty added 10 for the Longhorns (27-3), who were coming off a loss to Baylor in the regular-season finale that cost them a share of the conference regular-season title.

Texas beat Kansas 75-38 and 70-46 in the regular season. The Jayhawks (6-25), seeded 10th in the 10-team league, went winless in conference play and had lost 20 straight overall before beating TCU on Friday night.