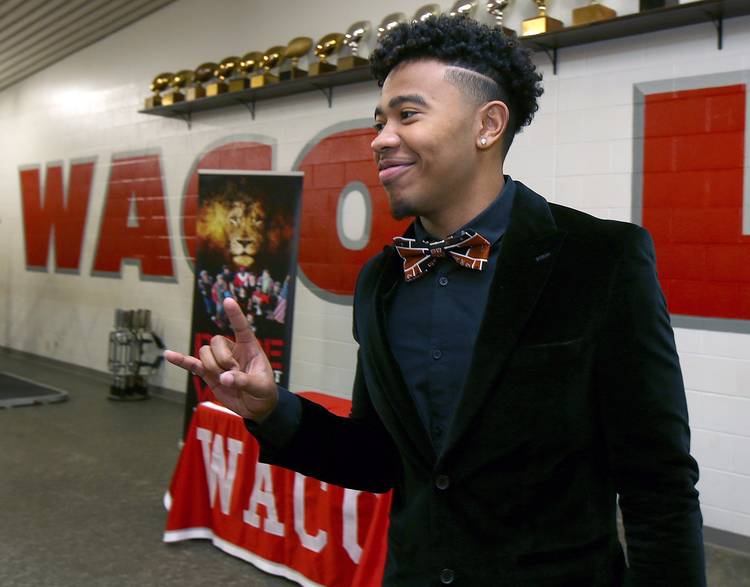 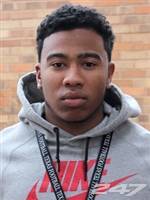 HOW HE GOT HERE: As fate would have it, Cuffee came thiiiiiiiis close to being an Aggie. Texas A&M was atop his list of colleges last December, when he tried to graduate early. But that didn’t happen, and he ended up taking looks at other schools. Recruited by former DBs coach Chris Vaughn as well as defensive coordinator Vance Bedford, Cuffee picked Texas from among 35 offers. Since January, he was trending Texas; he took two visits to Austin, then committed the week before signing day.

AT WACO: Played both cornerback and safety. Finished his high school career in solid fashion, earning invites to the Under Armour All-America Game as well as to Nike’s The Opening. Was an all-state and three-time all-district pick in 17-5A. Also was a sprinter in track and field, competing in the 100, 200, 400 relay and 800 relay.

THE NUMBERS GAME: Texas signed 24 players this year, including 3 defensive backs — but only 1 cornerback: Cuffee. Overall, he was Texas’ 14th pledge and its first defensive back. Cuffee was a 3-time all-district selection. Recruiting services weren’t all on the same page when it came to his position and state rankings — as a cornerback, he was rated nationally at No. 11 (ESPN), 19 (Scout) and 59 (247Sports); in the state, he was No. 19 (ESPN), 89 (247Sports) and 35 (Statesman’s Fab 55).

THEY SAID IT: “I look forward to the (defensive backs) competition. Competition is what I like.” — Cuffee

1. Internet reports circulated that while on his official visit to Arkansas in January, Cuffee tried to persuade other recruits visiting the Razorbacks to instead pick Texas. And that the Arkansas staff found out about it and then sent Cuffee back home to Waco. But those reports are bogus, Cuffee insists. He says the other recruits had already decided on schools other than Texas. “Me persuading those guys to go to that school, I wouldn’t waste my time doing that,” Cuffee said. He added that the misunderstanding may have come from a Snapchat photo in which he complained about the cold weather in Arkansas and that he was looking forward to going home to warmer weather. “I don’t know why they took it that I was recruiting for Texas,” he said. “But it had nothing to do with that.”

2. Had things unfolded differently, Cuffee would’ve played in the same defensive backfield at Waco High with Baylor signee Parrish Cobb. Cobb spent his freshman year at Waco High before transferring to La Vega, where he led the Pirates to an undefeated season and the Class 4A Division I state championship last fall. Texas pursued Cobb in addition to Cuffee. “It would’ve been interesting had he stayed where we would have played them both,” Waco coach Marty Herbst said.

3. If Cuffee’s college career resembles two other Waco High products who played at Texas, that’ll be a good thing. Linebacker Derrick Johnson, who’s entering his 12th NFL season with the Kansas City Chiefs, was a two-time All-American for the Longhorns. And before Johnson, there was prolific wide receiver Kwame Cavil, whose 100 catches during the 1999 season ranks second in UT history.