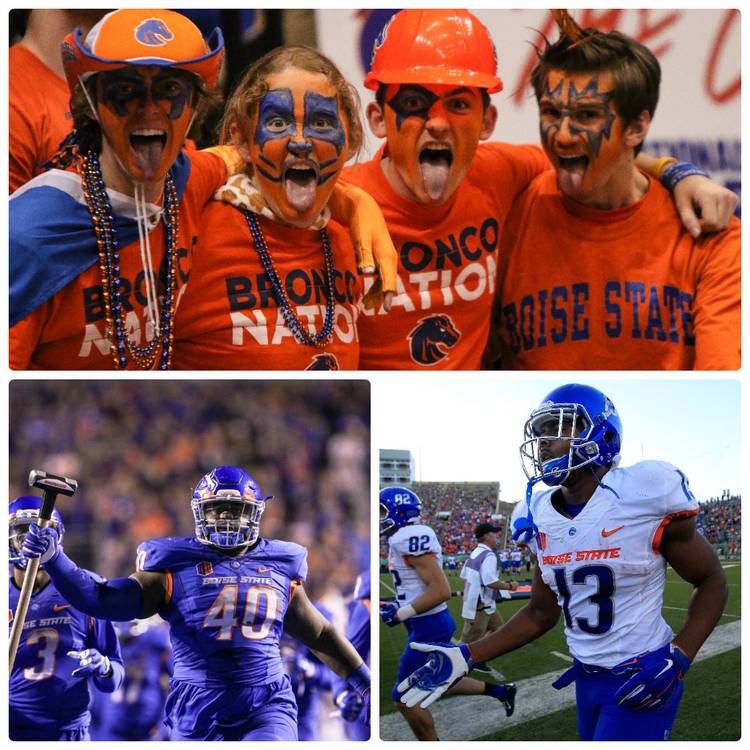 That may or may not happen, but if it does, what are the Big 12’s expansion options? We’re taking a look at two possible target schools a day this week. Here’s the first:

Pros: The Little Engine That Could. America’s lovable underdog in football. The famous 43-42 victory over Oklahoma in the 2007 Fiesta Bowl — who can forget the Statue of Liberty, all the trick plays and Ian Johnson’s nationally televised marriage proposal to the head cheerleader? — still stands as one of the greatest postseason games ever. The Broncos’ 3-0 record in the Fiesta Bowl, including wins over TCU and Arizona, is something no other Big 12 expansion candidate can approach. Same goes for the schools’ 11-5 bowl record, a run of seven straight 10-win-or-more seasons from 2005-12 and a spectacular 186-35 record from 1999-2015. In a 10-year stretch from 2002-11, Boise lost more than one game only twice. Do we need to mention the blue turf? Or is that a con?

Cons: The Broncos’ overachieving football team, now directed by former Texas offensive coordinator Bryan Harsin, is far and away the best thing the school brings to the table. But the program already has topped out. … Boise is a beautiful, clean city, full of outdoors enthusiasts, yet it sure is remote. Of the Big 12 expansion candidates, only UConn (1,889 miles) is further away from Austin than Boise (1,628). … Boise is a relatively small market with the 81st-ranked U.S. metro population of 677,000. … Facilities are somewhat lacking for a Power 5 school. … And academics are not up to snuff. … In the past, the Pac-12 has shown no inclination to invite Boise State.

Best/worst sports: Football is king. The school won the 1980 Division I-AA national title before upgrading to D-I status. Wrestling also is formidable. The basketball programs have made some recent NCAA Tournaments. Boise State doesn’t even play baseball, giving up the sport after 1980.

Academic ranking: No. 61 among Western schools, according to the U.S. News & World Report, and not in the national rankings. Forbes Magazine listed the school 617th among 650 institutions for 2016.

Current Learfield Cup ranking: 53rd, through the winter sports (64th in 2014-15). How that ranking places Boise State among Big 12 schools:

Lyttle’s odds: 20-to-1. Believe it or not, football isn’t everything. With Boise State, it’s pretty much the only thing.

What are people saying about Jarrett Allen’s silence after the last day of the signing period?