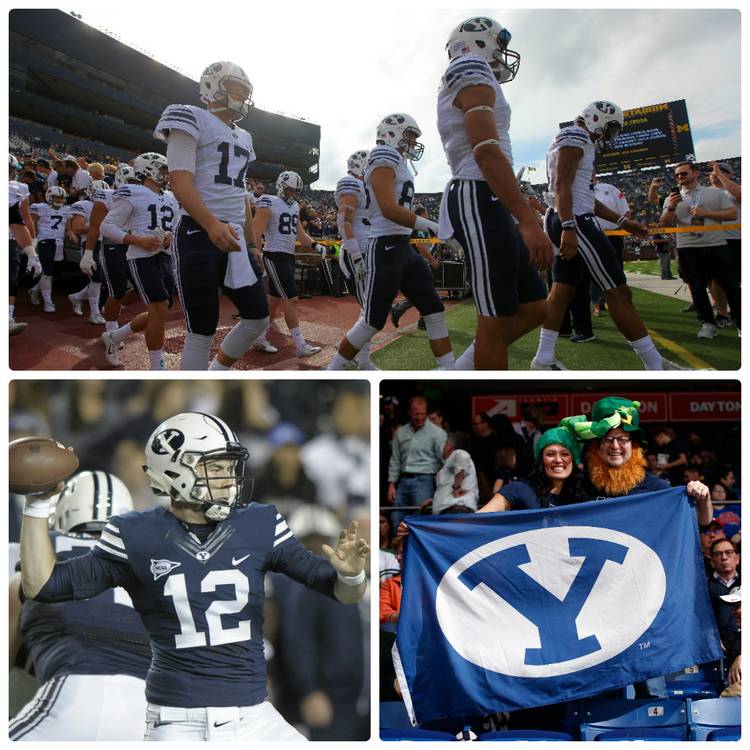 Big 12 chancellors, presidents and athletic directors meet this week in Irving to discuss several issues, including whether the conference should expand to 12 teams by adding two more.

That may or may not happen, but if it does, what are the Big 12’s expansion options? We’re taking a look at two possible target schools a day this week. Here’s the second:

Current conference: Independent in football; West Coast Conference for many other sports.

Pros: Of all the Big 12 expansion candidates, BYU is the only one that brings a large national fan base — the Mormon version of Notre Dame, if you will. There are 6.5 million members of the Church of Jesus Christ of Latter-day Saints in the country, and most are Cougar supporters. BYU is a national brand name. It also is the only candidate with Power 5 facilities in the major sports. BYU’s arena would be the biggest in the Big 12 and the football stadium would trail only Texas’ and Oklahoma’s. And UT and OU are the only two Big 12 teams that outdraw BYU in football. In men’s basketball, BYU averaged 15,875 per home game in 2014-15, 11th in the country and better than every Big 12 team but mighty Kansas. Adding BYU also would draw in the Salt Lake City TV market with its 1.2 million people. And it would make for some scenic road trips to the Rockies. Salt Lake City, 43 miles from the Provo campus, is a Delta Airlines hub, so connections are plentiful and generally affordable.

Cons: The Big 12 already has two private, church-affiliated schools. Does it want a third, one that’s a lot larger than Baylor and TCU? Specifically, BYU, because of its faith, will not play on Sundays. That would be a scheduling issue in baseball, sometimes basketball and some Olympic sports. … Opposing fans point to BYU’s older athletes — Mormon males often serve a two-year church mission; females usually 18 months  — as a competitive physical advantage for the Cougars. … Although different than Texas, the school has its own TV network, BYUtv, which would be a problem if the Big 12 tries to start its own network. … Venturing into Utah would expand the Big 12’s footprint into a new time zone (Mountain Standard Time), but it’s a long way to go for a tennis match. … BYU is perceived by detractors to have a bit of arrogance about it. The Big 12 already has Texas.

Best/worst sports: A well-rounded athletic program, with no one power house sport nor any glaring weakness. In addition to solid football and basketball, BYU has won three men’s volleyball national championships, most recently in 2004. (Note: The Big 12 has no men’s volleyball.) The basketball team just tied for the WCC title, and the softball team made the NCAA Tournament.

Academic ranking: No. 66, according to the U.S. News & World Report, which tops every Big 12 school except Texas (tied for 52nd).

Lyttle’s odds: 3-to-1. If the Big 12 expands, BYU is the No. 1 choice. No other candidate delivers more bang for the buck.

RELATED COVERAGE: Big 12 expansion primer: Everything you need to know

What are people saying about Jarrett Allen’s silence after the last day of the signing period?