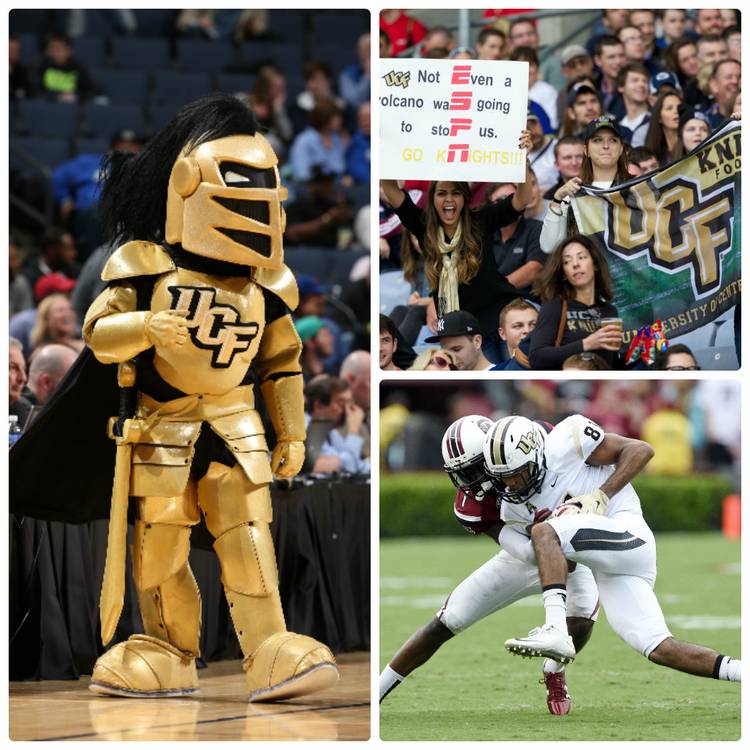 That may or may not happen, but if it does, what are the Big 12’s expansion options? We’re taking a look at two possible target schools a day this week. Here’s the third:

Pros: This relatively new school, which didn’t really crank up its athletic program until 1970, already has the second largest total enrollment in the country, trailing only Arizona State. A ton of UCF alumni are being spread all around the Sunshine State, and the Big 12 is the only South/Southwest-based league without a footprint in Florida. Along with the states of Texas and California, Florida rounds out the Big Three for football recruiting, and Orlando is in the center of the action; the Orlando metro area has 2.4 million people, keeps mushrooming and owns the No. 19 TV market (Austin is 49th). What a huge boost Florida could be to a Big 12 Network. Additionally, Orlando is a top-10 tourist destination with Disney World, Universal Studios, Epcot Center and all the rest.

Cons: It’s hard to manufacture tradition, and the school just doesn’t have the history to arouse passion about it one way or another. The school is trying to get the UCF initials to stick to avoid the directional-school stigma, but it’s no USC and too close to UFC, as in the mixed martial arts folks. We’re guessing UCF is the third-most popular school in Orlando behind Florida and Florida State. One could poke fun of the Knights’ 0-12 football team last year (hey, the Big 12 had the other 0-12 — Kansas), but they were 12-1 in 2013 and beat Baylor in the Fiesta Bowl. The facilities are nice and new, but the crowds sometimes lacking. The men’s basketball team averaged 5,298 per home game in 2014-15, ranking 96th.

Best/worst sports: The co-ed cheerleading and dance squad has won two national team titles — two more than all the UCF sports combined. The women’s soccer program once was excellent; former U.S. national star Michelle Akers is an alum. Men’s basketball hasn’t reached the NCAA Tournament in 11 years and, despite its talent-rich location, the baseball team tied for last in the AAC.

Academic ranking: No. 168, according to U.S. News and World Report.

Current Learfield Cup ranking: No. 215, through the winter sports (86th in 2014-15). Where that ranking places Central Florida among Big 12 schools:

Kevin Lyttle’s odds: 12-to-1. Staking out a claim in the heart of Florida is intriguing. But is the sprawling Orlando school a sleeping giant, or just a great place to take a family vacation?

PREVIOUS STOP ON OUR TOUR: BYU