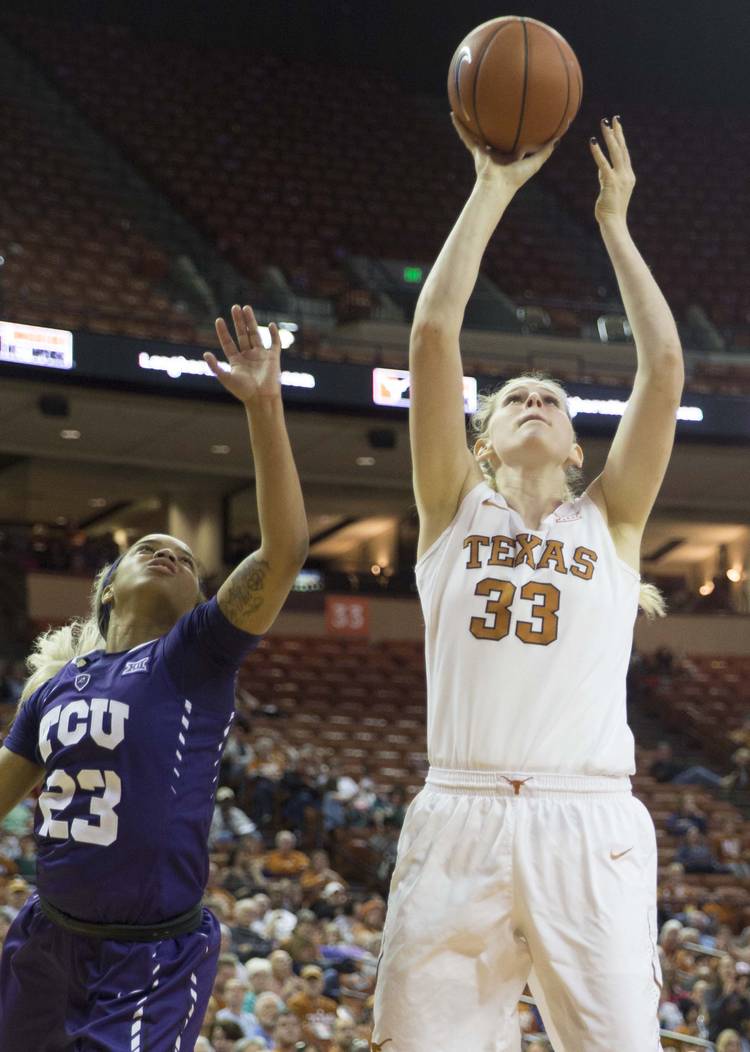 Texas's sara Hattis shoots and scores against TCU AJ Alix during the first half of an NCAA women's college basketball game at the Frank Erwin Center in Austin, Tex., Saturday, Feb. 27, 2016. RICARDO B. BRAZZIELL/AMERICAN-STATESMAN

University of Texas backup forward Sara Hattis will play her final basketball season at Arizona State, both universities have announced.

Coming out of Cleveland High School in Rio Rancho, N.M., Hattis was highly recruited in both sports.

The Sun Devils return three senior starters – posts Sophie Brunner, Quinn Dornstauder, and Kelsey Moos – from the 2015-16 squad that captured a share of the Pac-12 regular season title, won 26 games (tied for third-highest win total in program history) and went on to earn a No. 2 seed in the NCAA Tournament, the highest placement in program history. In addition to Hattis, the Sun Devils will welcome a five-member freshman class – Sydney Goodson, Reili Richardson, Jamie Ruden, Kiara Russell and Robbi Ryan – that was ranked among the nation’s top 10 signing classes when it was announced last fall.

Big 12/SEC Challenge is nice, but give us Texas-Texas A&M instead

What did Shaka Smart tell UT history grads during his commencement address?