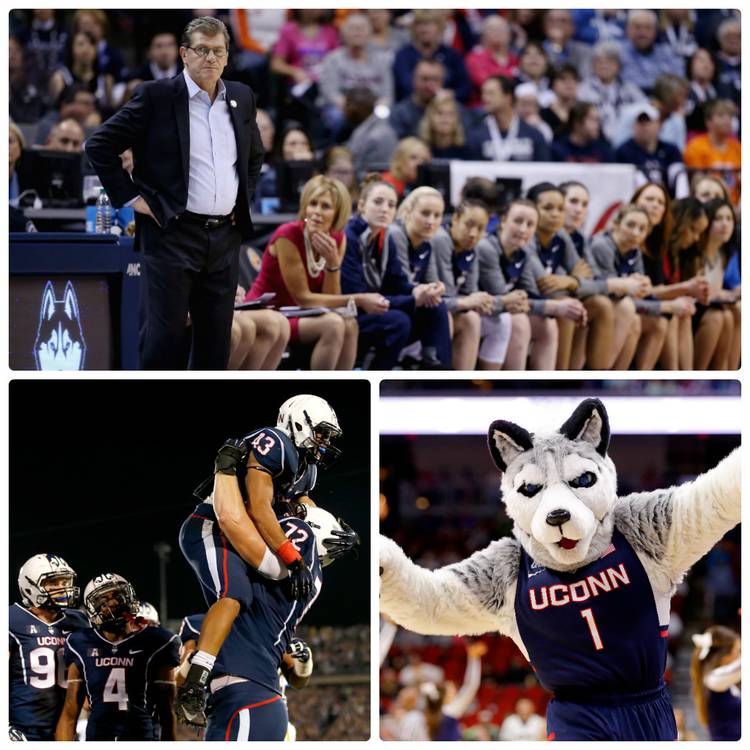 That may or may not happen, but if it does, what are the Big 12’s expansion options? We’re taking a look at two possible target schools a day this week. Here’s the sixth:

Pros: UConn does offer a national brand, something the Big 12 is aggressively seeking to bolster its image and strength. The school could offer access into the New York market, much like Rutgers has for the Big Ten. Fairfield County of Connecticut actually is part of the New York market, and nearly 30,000 Huskies alumni live in that metropolitan area. Former Big East commissioner Mike Trangehese told the New York Times in 2013, “A lot of people don’t understand what makes New York tick. The two schools with the biggest impact in the New York market have been Syracuse and Connecticut.” UConn also provides access to the Boston market, just 90 minutes from campus, and it brings a top-25 television market in Hartford/New Haven. Without question, UConn is a national powerhouse in men’s and women’s basketball and features Geno Auriemma, the John Wooden of women’s hoops who has 11 national titles, including the last four in a row. UConn women’s basketball also is shown nationally on SNY, the regional sports network of the New York Mets that’s on virtually every cable system in Connecticut, New York, New Jersey and parts of Pennsylvania as well as on DirecTV. UConn is the only team in the state, since there are no pro teams. And it’s a top-20 public university. The state has invested almost $2 billion into the university through a program called Next Generation Connecticut, which concentrates on science, technology and research. And some say ESPN should support UConn’s inclusion into the Big 12 because the state made tax concessions for the cable network.

Cons: Location, location, location. UConn’s location doesn’t work in its favor, as it’s way too far from the bulk of the Big 12 schools, situated nearly 2,000 miles away from Lubbock. UConn has an average football product. Some in the Big 12 would see the Huskies as a one-trick pony, though it could ride that pony into a lot of basketball living rooms.

Best/worst sports: UConn has won four NCAA men’s basketball championships since 1999, more than any other school, including Duke (three), North Carolina (two), UCLA (two) and Florida (two). And women’s soccer is top-notch, and UConn has won two of the last three field hockey national titles. Men’s soccer is a perennial power as well. Worst sports? Football isn’t exactly knocking on the door of the College Football Playoff, though the Huskies haven’t been bad. Since 2002, UConn has notched wins over Notre Dame, South Carolina, Pitt, Syracuse, Rutgers and Louisville as well as wins over Iowa State, West Virginia and Baylor. The Huskies fell to Oklahoma in the 2011 Fiesta Bowl, and the Dallas Cowboys drafted safety Byron Jones in the first round of the 2015 NFL Draft.

Athletic budget: $72.1 million (that ranks 48th nationally, but is ahead of Kansas State).

Academic ranking: Tied for No. 57, but is 19th among public universities, according to U.S. News and World Report.

Connecticut vs. Texas: The two schools have never met on the football field.

Kevin Lyttle’s odds: 10-to-1. The Huskies, although an extreme outlier geographically, can hang their hat on hoops, TV sets and a possible push from ESPN.