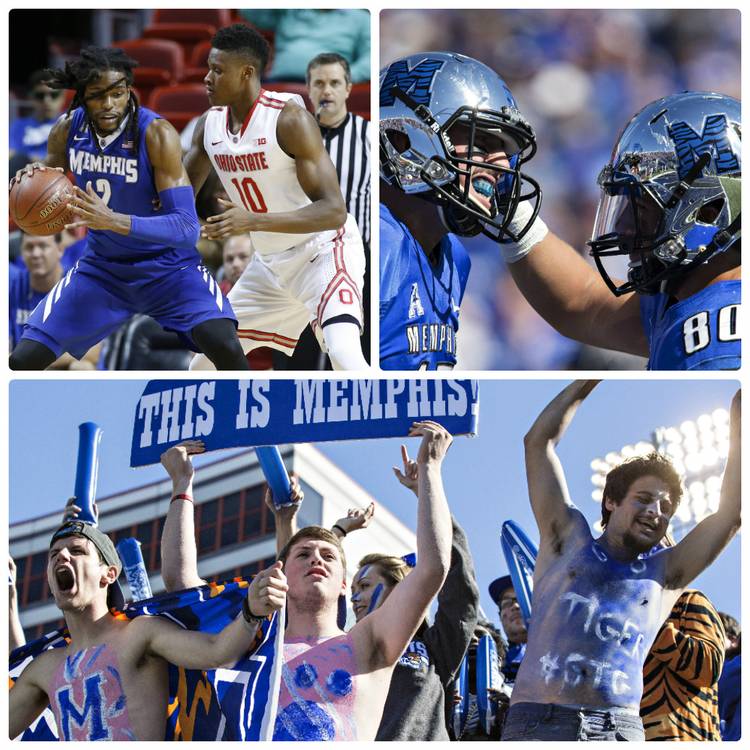 That may or may not happen, but if it does, what are the Big 12’s expansion options? We’re taking a look at two possible target schools a day this week. Here’s the eighth:

Pros: Money. Big , big money. FedEx is based in Memphis, and the company’s chairman has promised that FedEx would become a significant corporate sponsor for a 12-team league football championship game and basketball tournament if the Tigers are invited to join. “We believe the University of Memphis and the Big 12 are a great fit, and hope our support will continue to the University of Memphis becoming a member of this storied athletic conference in the near future,” FedEx chairman and founder Fred Smith wrote to Memphis president David Rudd. Memphis, meanwhile, is promising to spend as much as $500 million to upgrade its facilities. The Tigers also would give the Big 12 a big-name basketball program; Memphis fell to Kansas in the 2008 national title game, although the success of that season was wiped away due to NCAA violations. And then there’s the matter of the mascot. A Bengal tiger named TOM is on the sidelines for all Memphis home games. He travels in his own trailer and always has a sheriff department escort. The Big 12 loves its live mascots.

Cons: The athletic program has a bit of an outlaw reputation to it. Two trips to the Final Four ended up not counting because of NCAA violations. And a football coach resigned over allegations that players took money from boosters. The football program doesn’t have much of a winning tradition, although it’s starting to become a lot better, winning the AAC title in 2015. The Tigers were ranked as high as 13th last season, the highest rank in program history. Head coach Justin Fuente, a former TCU offensive coordinator, was hired away by Virginia Tech.

Best/worst sports: Best — men’s basketball, which is king. The Tigers even reached the No. 1 ranking in the country back in 2009. And men’s tennis has reached the NCAAs in four of the past five seasons. Worst — baseball. The Tigers have posted five straight years with a winning record. But the string will be broken.

Memphis vs. Texas: The two schools have never played in football.

Kevin Lyttle’s odds: 18-to-1. There’s the mighty Mississippi, FedEx, Beale Street and all that jazz, yet you can sing the blues over a school that’s academically lacking and a football program that’s often dragging (three winning seasons in the last 10 years, and six in the past 20).