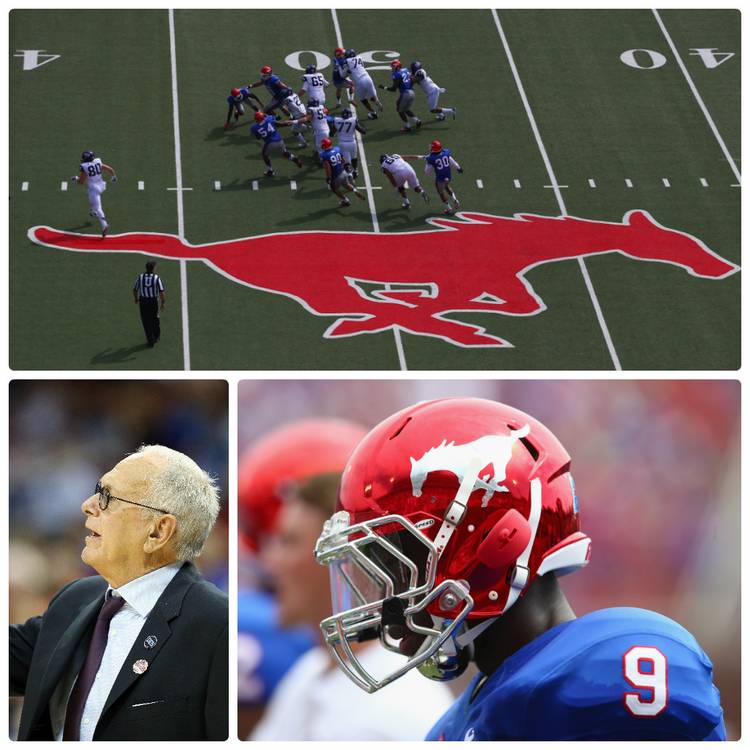 That may or may not happen, but if it does, what are the Big 12’s expansion options? We’re taking a look at two possible target schools a day this week. Here’s the ninth:

Pros: Frankly, there aren’t many outside of the nostalgic value of Big 12 schools Texas, Baylor, TCU and Texas Tech reuniting with a former member of the old Southwest Conference. SMU, renowned for its academics, would improve the Big 12 in that regard while also helping TCU maintain the conference’s presence in the Dallas/Fort Worth area.

Cons: Small enrollment, small football stadium, small following. Moreover, SMU doesn’t like to play by rules. Last fall, the NCAA banned the men’s basketball team from the 2016 postseason for multiple violations, including academic fraud and unethical conduct. Head coach Larry Brown was suspended for nine games, and his team was docked nine scholarships over the next three years. It was the school’s 10th major infractions case, more than that of any other major school. And the Mustangs’ football team has yet to recover from the death penalty the NCAA imposed in the 1980s for making cash payments to players. After canceling the 1987 and ’88 seasons, 21 years came and went before SMU finally played in a bowl game in 2009.

Best/worst sports: Best — the Mustangs go fast in the water, winning 41 conference titles in men’s swimming and diving and 17 more on the women’s side, which have all come since 1997. Worst — the women’s rowing team finished last in its conference meet in five of the past six years.

Academic ranking: No. 61, according to the U.S. News & World Report

Lyttle’s odds: 40-to-1. This long-shot pony doesn’t have what it takes to run the race. Don’t waste your money betting on the Mustangs.

Longhorns in the NBA playoffs: Through May 26