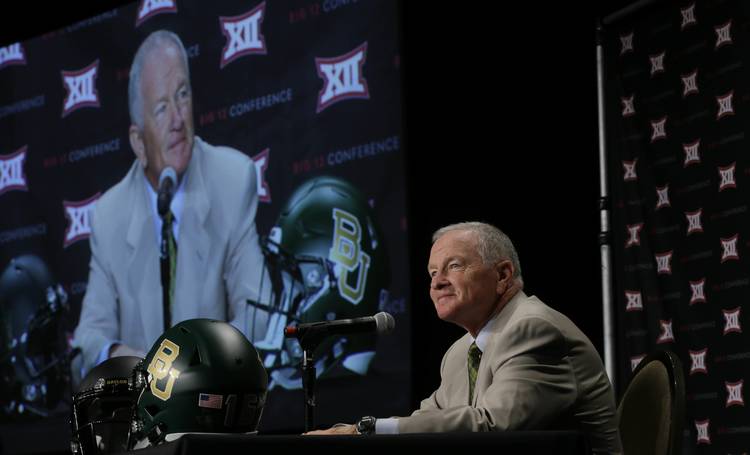 After the university fired the head coach, university president and athletic director in response to its football team’s string of sexual assault charges, the quote may not have been the best.

Between Bowslby talking about "raging hormones" and Grobe saying "we don't have a culture of bad behavior" at Baylor… Ugh.

Grobe sounding very much like Stepford coach if he's that oblivious to assistant coaches' involvement.

Jim Grobe, giving a bad quote: "The problems we have dealt with at Baylor are probably problems at every university in the country.”