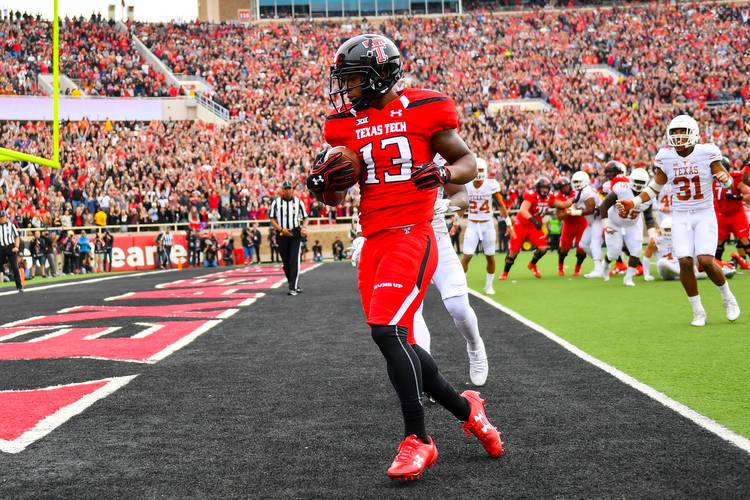 FRISCO — After three years in Lubbock, Cameron Batson has picked up 98 receptions and a degree.

“When I came out of high school, I wanted to be done with college as soon as I could,” said Batson, one of four players representing Texas Tech at Big 12 media days Monday. “As good as I am in school, I would rather play football all day. Your parents don’t have to pay for college so you might as well get your education and not waste your time.”

Batson will work on another major this fall. He’ll also be a leading member of Tech’s receiving corps; his 60 catches last year ranked second on the team.

“He’s been phenomenal,” Red Raiders coach Kliff Kingsbury said. “He’s what you want in your program. There was a question in the media today about which player on your team could you see being your former boss, and he would be it.”

Batson also proved be a smart dresser on Monday, although he was sporting a new look. Normally a fan of regular ties, he sported a bow tie in Frisco.

Why a bow tie?

Because the woman who picked out his suit told him “an educated man wears a bow tie.”

The four players representing Texas Tech on Monday all wore suits, as did the quintet from Kansas. (The Kansas players also had Jayhawks pins as accessories). Batson, though, said there was little doubt about the best-dressed group in the room.

“Each and every year, you see Texas Tech, we’re out here, the best-dressed group,” Batson said. “It’s from the head man down.”

After learning from off-field mistake, Baker Mayfield is ready for senior year