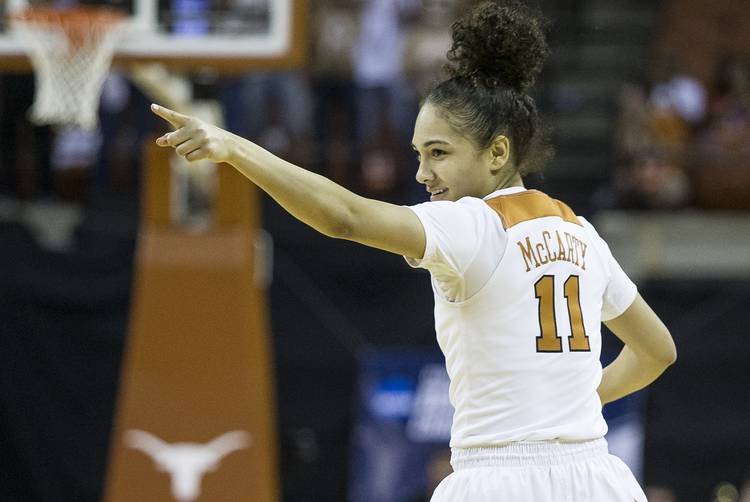 For the fourth straight year, the Texas women’s basketball team is in the Sweet 16.

Lashann Higgs led a balanced offense with 19 points as the Longhorns, the No. 2 seed in the Kansas City regional, blew past No. 7 seed Arizona State 85-65  Monday night at the Erwin Center.

Brooke McCarty scored 15 points and Ariel Atkins 12 in their final home game. The Longhorn senior earned rousing applause when they were removed with 1:44 to play.

Texas improved its career record over ASU to 5-0. Kianna Ibus led all scorers with 27 points.

Texas (28-6) will play UCLA in a third-round game Friday night in Kansas City. The Longhorns shot 61.7 percent from the floor.

McCarty came alive early in the third quarter, scoring 12 points in the period. During one stretch she had 10 points in a three-minute span.

Higgs led a fast pace in the first half for the Longhorns, who owned a 40-35 lead at the half. Texas led by as many as 11 points in the half, but Ibis scored 19 points in the half to cut UT’s lead. She came into the game leading the team with 12.5 points per game.

NOTES: Texas recruit Charli Collier of Barbers Hill has been the state’s Gatorade Player of the Year for girls basketball.