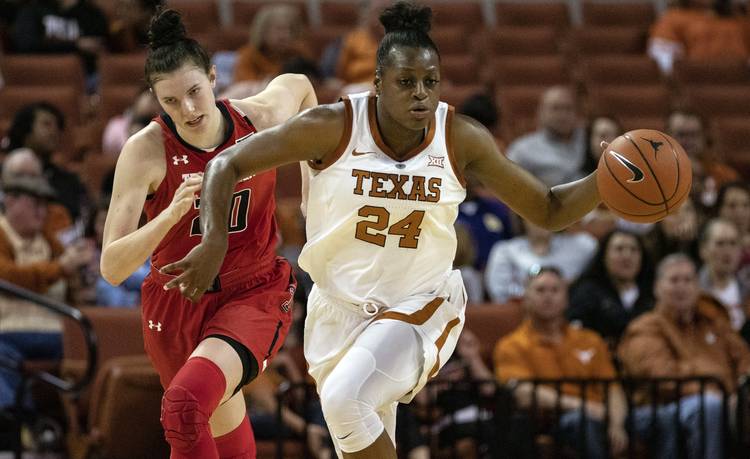 Texas' Joyner Holmes and her teammates will be traveling to Oregon for the first rounds. [Rodolfo Gonzalez for AMERICAN-STATESMAN]

It was supposed to be official at 6 p.m., but the news came out early.

The Texas women’s basketball team (23-9) will play Indiana (20-12) in the first round of the NCAA Women’s Basketball Tournament Friday in Eugene, Ore. Time has not been determined.

The 64-team field was scheduled to be unveiled tonight on ESPN. It appears that ESPNU has accidentally leaked the information.

The Texas-Indiana would advance to play the winner between Oregon and Portland State. The winner advances to the Portland (Ore.) regional.

Other notes: Texas A&M will play host to first- and second-round games in College State. Iowa State will play host as the No. 3 seed in Ames. Kansas State of the Big 12 made the field as a No. 10 seed.