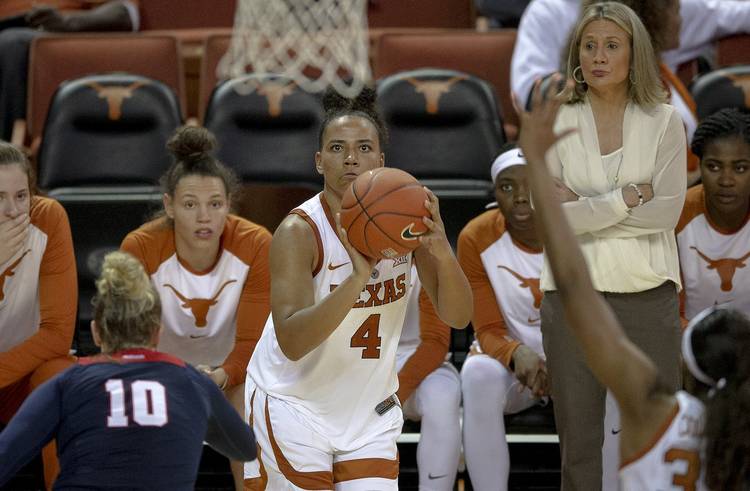 Destiny Littleton, who just finished her sophomore season, apparently has played her last game with the University of Texas women’s basketball team.

The 5-7 guard has put her name on the NCAA transfer portal, UT officials confirmed Friday.

Littleton played in all 33 of UT’s games, starting 12 times. She averaged 8.4 points and 3.6 rebounds while playing 24.2 minutes per game.

After playing in only eight games as a freshman, Littleton was perhaps the team’s most improved player this year.

A member of the McDonald’s All-America Team while at the Bishop’s School in La Jolla, Calif.,  she was the 2016-17 California Gatorade Player of the Year.

Littleton finished her prep career as the leading scorer in California state high school history with 4,300 points. Became the first girls player in the history of the state to eclipse the 4,000-point milestone. For her career, averaged 33.3 points per game.

Eric Kennedy quickly makes a name for himself at Texas, but growing pains still exist