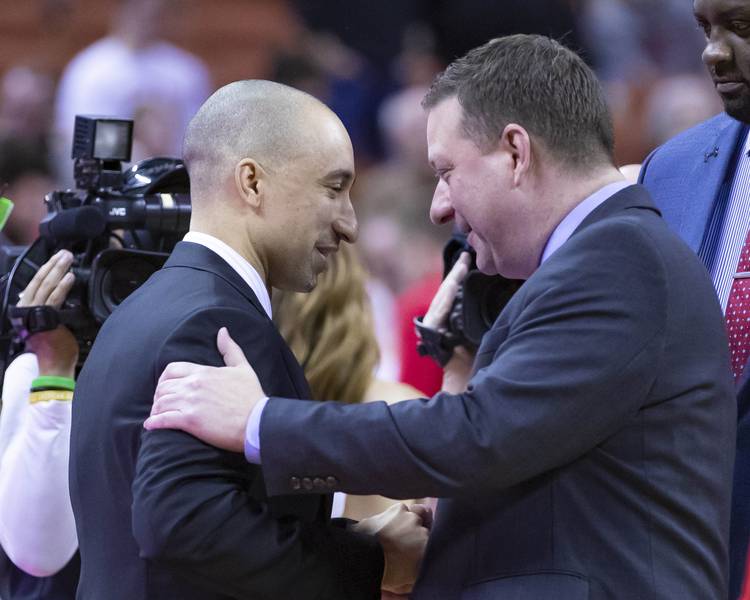 This upcoming election day will be an off day for men’s basketball players in the Big 12, the conference announced on Friday.

The men’s basketball players from the Big 12 will not have to participate in any basketball activities on Nov. 3. That means no practices or early-season games. The student-athletes will have the opportunity to use that time to engage in an election that will decide, among other things, who will be the president for the next four years.

The conference has not yet issued a similar proclamation for its women’s basketball teams.

On Friday, Texas coach Shaka Smart tweeted out a statement from the Big 12. That read as follows:

This is a movement, not a moment. We are committed to using our platforms to make a lasting difference and help bring an end to racism.

We are united in our decision to make Election Day a mandatory off day for Big 12 men’s basketball players. We will take action to encourage the young men we mentor to register and exercise their right to vote.

While this is only one small step, we are committed to taking further action and standing up for those who are suffering from racism.”

The statement was signed by all 10 of the Big 12’s head coaches. Earlier this month, those same coaches released a video message that called for changes and a conversation about the country’s racial injustices. The video was released days after the death of George Floyd in Minneapolis. Floyd, a 46-year-old black man, was killed by a white police officer, who knelt for nearly nine minutes on his neck during an arrest.

We stand together. It’s time for a change. pic.twitter.com/1jfEPF445A

The Big 12 made its announcement on the same day that UT basketball players Jase Febres and Donovan Williams expressed their support for a movement led by the football team to address racial issues at Texas. The Longhorns made a series of requests that included the renaming several buildings on campus and the replacement of the school song. Until the participating players are satisfied with the university’s response, they have vowed to not attend any donor events or host recruits.

Taking advantage of an NCAA decision, Austin Todd announces his return to the Texas outfield