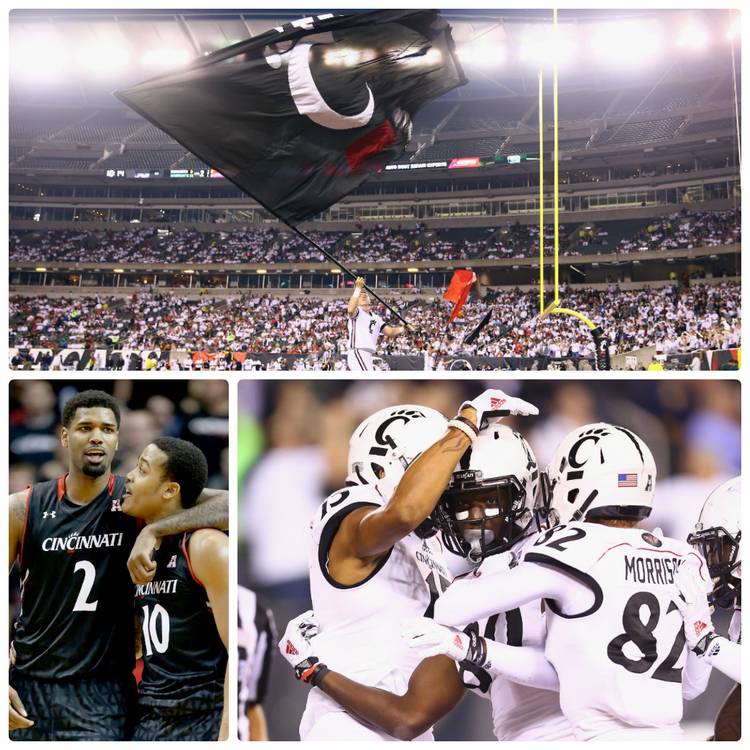 That may or may not happen, but if it does, what are the Big 12’s expansion options? We’re taking a look at two possible target schools a day this week. Here’s the fourth:

Pros: The University of Cincinnati, whose graduates invented Benadryl and built the Golden Gate bridge, is located in the southwest corner of Ohio in a sports-crazy city with two professional franchises (NFL’s Bengals and MLB’s Reds). The athletic department has spent more than $200 million on an athletic center and upgrades at Nippert Stadium. Another $87 million in improvements are scheduled for the school’s basketball arena. The facilities are just as good as any you’ll find at most Big 12 schools.

Cons: The biggest negative against Cincinnati is the same problem facing the other schools. If the Bearcats were ready to join a major conference, wouldn’t someone have scooped them up by now? With Ohio State just up Interstate 71, the Big Ten believes it doesn’t need Cincinnati in Ohio for the same reasons the Big 12 doesn’t need Houston in Texas. If the Big Ten or any other Power 5 league thought Cincinnati sports brought in more TV dollars, the Bearcats would get an invitation today. Big 12 officials will need to be convinced the TV markets in Cincinnati and Dayton are worth adding to their portfolio.

Best/worst sports: The Bearcats have long been known for men’s basketball. Cincinnati won the NCAA national title in 1961 and ’62 and has played in six Final Fours total. Cincinnati also has an exceptional dance team. However, the Big 12 does not sponsor dance.

Longest/shortest Big 12 road trip: Longest — 1,333 miles (Texas); shortest — 300 (West Virginia). Cincinnati officials have a strong desire to resurrect their rivalry with West Virginia, which would guarantee sellouts both home and away. But it’s a 16-hour drive to Austin, taking a Bearcats fan through Nashville, Little Rock and Dallas to reach Royal-Memorial Stadium.

Athletic budget: $60 million, according to athletic director Mike Bohn. Currently, that would be last in the Big 12. Cincinnati had $52 million in revenues during the 2014-15 academic year, according to USA Today’s annual database.

Academic ranking: Tied for No. 140, according to U.S. News and World Report, which is ahead of other Big 12 schools like Kansas State, Oklahoma State and Texas Tech.

Cincinnati vs. Texas: The two schools have never met on the football field.

Kevin Lyttle’s odds: 5-to-1. Big city, and adding Cincy would open up a Midwest market in fertile recruiting country.

Texas freshman WR Collin Johnson is an insane athlete, and he can prove it