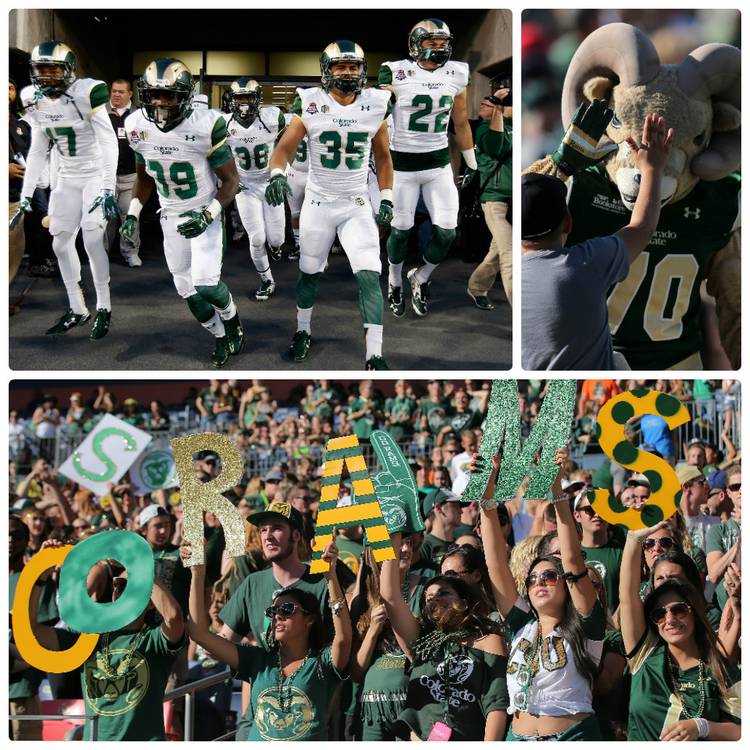 That may or may not happen, but if it does, what are the Big 12’s expansion options? We’re taking a look at two possible target schools a day this week. Here’s the fifth:

Pros:  A large TV market and geography are good places to start. The burgeoning Denver metro area has 2.8 million people, a young, energetic vibe and remains an attractive location for newcomers. Fort Collins, a scenic city of 152,000, is 65 miles north of Denver, between a lot of rocks and a Boulder. There are 32,000 Big 12 alumni living in the Denver area and about 52,000 in the state. Colorado State has been closing the gap on Colorado for years, both academically and athletically, and their enrollments are virtually identical. Geographically, not only would the Big 12 score “cool points” to be back in the Rockies, but Colorado borders Big 12 country in Kansas and Oklahoma and is a stone’s throw from the Texas Panhandle. Fort Collins is fewer than 700 miles from six of 10 conference schools. CSU is building a new football stadium that will open in 2017 and is willing to upgrade other facilities for a shot at the Big 12.

Cons: The school, while improving, does not have one major program that screams “take me.” It also offers fewer sports than Big 12 schools and does not field a baseball team. Iowa State gets away with that, but the Cyclones have a much larger, more rabid fan base. Over the last five years, Colorado State has been a .500 football team, inside and outside the Mountain West. In the last 10 years, it’s only had one season of more than eight wins. CSU is 6-10 vs. Colorado since 2000 and the Buffs are getting crushed in the Pac-12, so would the Rams flounder in the Big 12? While it’s great that a new stadium is on the way, its 40,000 seats would make it the smallest in the league. And attendance is an issue. In men’s basketball, for instance, the team averaged 4,186 fans in 2014-15 when the Rams went 27-7. Let’s face it, Denver is a pro sports market. Lastly, in order for CSU’s potential TV appeal to be real, a Big 12 Network must be created, and that’s far from a slam dunk.

Best/worst sports: The women’s volleyball team has made 20 consecutive NCAA Tournament trips. The women’s basketball team, which counts San Antonio Spurs assistant coach Becky Hammon as an alum, went 31-1 this season before losing its NCAA opener to South Florida, coincidentally another Big 12 expansion candidate.  The women’s track & field team has won three straight conference titles. Now if the Rams could only get their men’s teams rolling.

Academic ranking: No. 127, according to U.S. News and World Report.

Colorado State vs. Texas: The Rams lost their only football game with the Longhorns, 46-0 in 1975.

Kevin Lyttle’s odds: 20-to-1. The road trips would be pretty, but CSU lacks the sports punch to snag an invite on its own merit. It would have to be paired with BYU, or even Boise State, which is highly unlikely.

PREVIOUS STOP ON OUR TOUR: Cincinnati