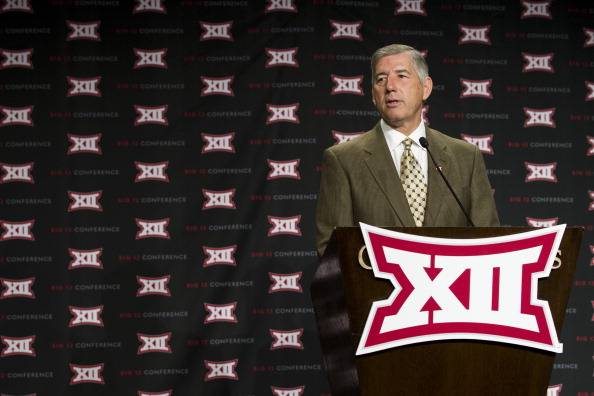 DALLAS _ The Big 12 Board of Directors, by unanimous vote, authorized commissioner Bob Bowlsby on Tuesday to recontact schools that have expressed interest in joining the league.

The conference now is testing whether to expand by as many as four teams.

“Clearly this is another step forward,” Bowlsby said. “It’s one our board felt very good about.”

Bowlsby said he’s not prepared to put a “time frame” on expansion, but said the league will be “active very soon.” He said it could be discussed again at the board’s next meeting in October, or in a separate session.

Oklahoma president David Boren, who is chairman of the board, said: “we have focused more directly this time on what expansion of conference might mean in near term.”

Boren also acknowledged that the announcement of an ACC Network also played a part in the league deciding to reopen expansion discussion.

The Big 12 board met in Dallas Tuesday in conjunction with the league’s annual media days.

Boren and Bowlsby announced the news on a teleconference with reporters.