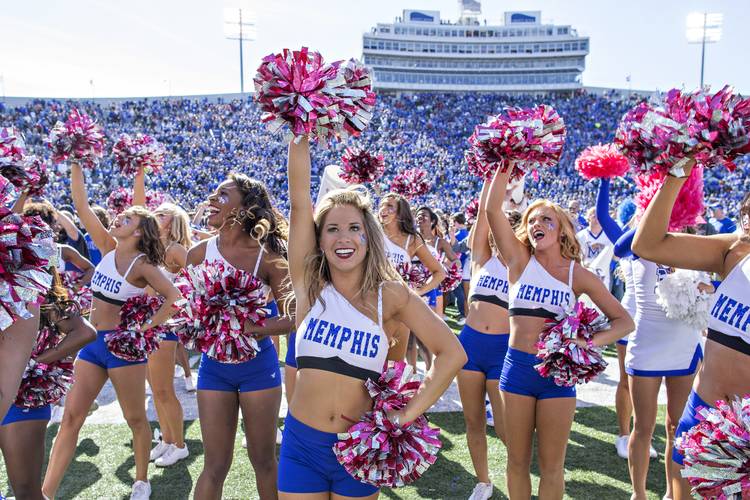 Pom Squad of the Memphis Tigers celebrate with the fans after a game against the Ole Miss Rebels at Liberty Bowl Memorial Stadium on October 17, 2015 in Memphis, Tennessee. The Tigers defeated the Rebels 37-24. (Photo by Wesley Hitt/Getty Images)

So, Big 12 officials voted on the exploration of adding new universities to its membership this week.

Our staff has tackled some issues: So, the Big 12 is expanding, let the speculation begin. Who are our 10 schools for expansion?  Will the expansion be complete in 2017? And just what does the University of Houston think?

But, just what is the rest of the country saying about the conference’s potential growth?

Here’s a round up of some of the stories and columns:

Could BYU’s sexual assault scandal keep it off the short list of candidates? (The Oklahoman)

Per an ESPN poll, Big 12 coaches favor UH and BYU in expansion (ESPN)

How Cincinnati stacks up against other Big 12 candidates (Cincinnati Enquirer)

Central Florida’s president: “There should be a home for us in the Big 12” (Orlando Sentinel)

Gov. Greg Abbott wants to see Houston in the Big 12: What people are saying