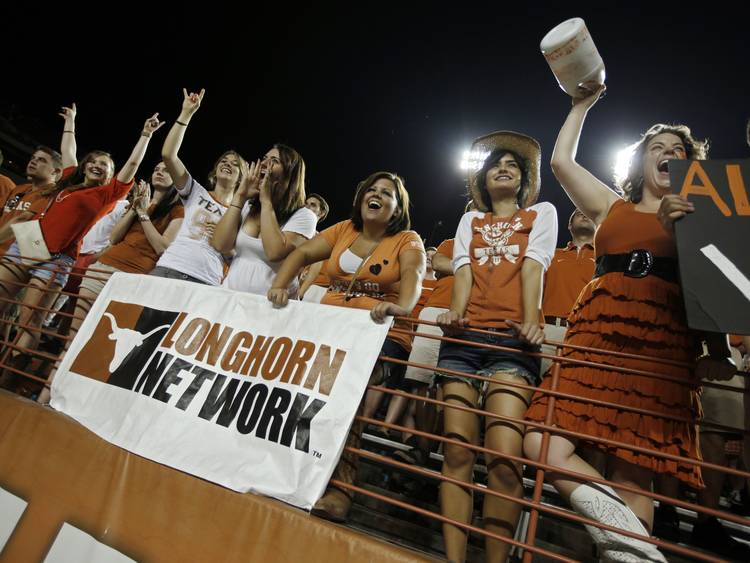 On Texas and the Big 12’s expansion and future:

“Big 12 Commissioner Bob Bowlsby tells me the league is still exploring expansion but has no idea if a plan can be completed before the football season kicks off. Asked if the balking by ESPN and Fox might give the Big 12 an out and cool off the desire for expansion, Bowlsby said: “Nothing has changed. I have put no time frame on the process. I am not planning to comment on the processes until they are complete.” … Hard to blame ESPN and Fox for balking at paying the league so much for new teams without sizzle. I wonder why the two networks ever agreed to such a one-sided term in the first place, but ESPN and Fox operated in good faith when they did not reduce their Big 12 payments after the conference shrank to 10 teams. Mused one powerful Texas backer, “I keep thinking that ESPN could broker something regarding LHN. Would they pay $50 million to end the contract early? Could we take that and buy our way out of the conference? The closer we get to the end, the more likely that becomes, in my opinion.”

On Colt McCoy’s place in history with Longhorn QBs in the NFL:

“Colt McCoy has become the second-longest tenured Longhorns quarterback in the NFL. The Washington Redskins backup will be in his seventh NFL season, second only to Bobby Layne’s 15. And can you name the only other Horns quarterback besides Layne to win an NFL playoff game? There isn’t one. Vince Young (0-1), Chris Simms (0-1) and McCoy are winless.”

For the rest of Kirk’s 9 Things, including his thoughts on Jerry Jones, Tiger Woods and the MLB trade deadline activity, click here.