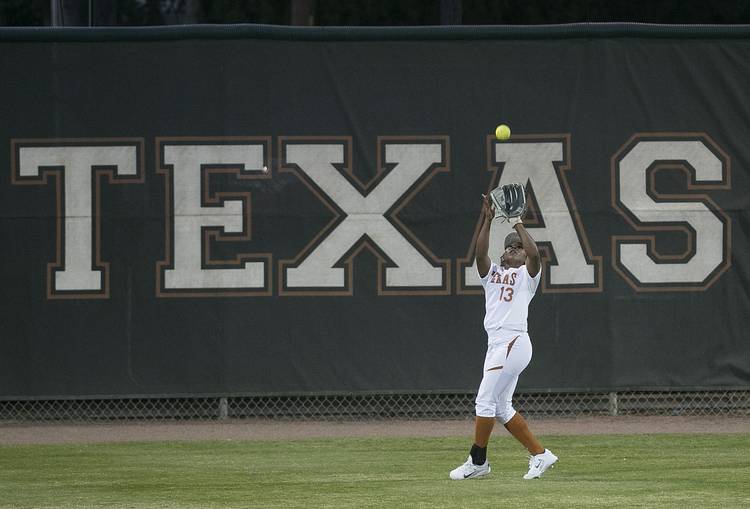 The Texas Longhorns dropped their second game of a doubleheader with the Oklahoma Sooners 5-3 in Norman, Okla. on Friday. After losing 8-7 earlier in the day, Texas (27-12, 2-5 Big 12) seemed poised to even the three-game series, but Erin Miller hit a 2-run homer in the bottom of the seventh to give the Sooners the walk off victory.

Jayden Chestnut (6-0) picked up the win, allowing no runs on one hit in 2 2/3 innings. She combined with starter Kelsey Stevens to hold Texas without an extra base hit.

The Longhorns got on top first as Lindsey Stephens drove home Kelli Hanzel with a single to center field in the third inning. Stephens was 2 for 3 and drove in all three of the Longhorns’ runs.

Oklahoma (33-7, 8-1) answered in the bottom of the inning with two runs of their own. Shay Knighten, who drove in the winning run in the first game of the day, hit a 2-run single to put the Sooners up 2-1 after three. Knighten ended the game 1 for 2 with a walk and two RBIs. Miller was 2 for 3 with a double, a home run and 3 RBIs. She also scored two runs.

Texas took the lead momentarily when Stephens hit a 2-run RBI single in the top of the fifth inning. Once again, however, the Sooners answered in the bottom of the inning when Miller doubled to tied the game at 3-3.

The Longhorns will try to salvage a win on Saturday as they face the Sooners once again at 2 p.m. in Norman.