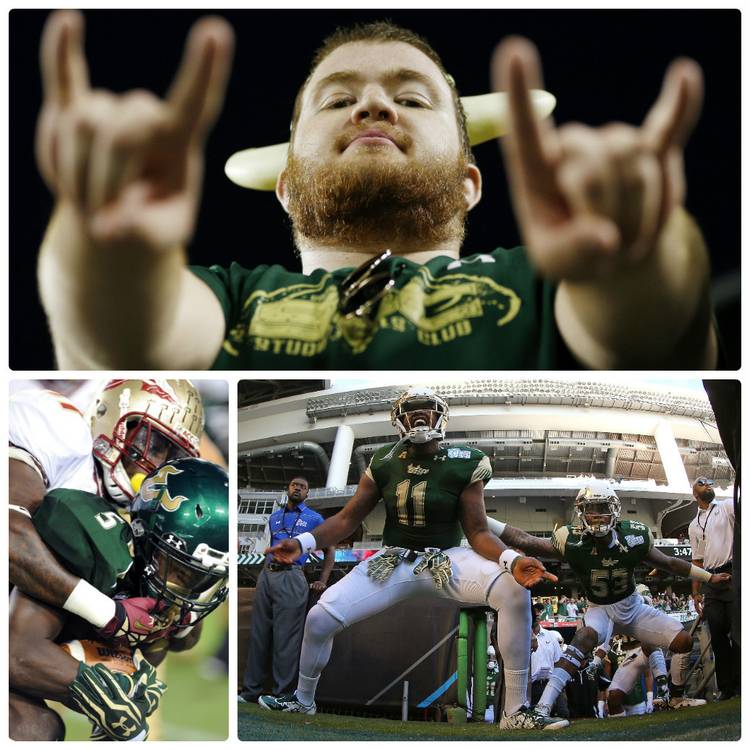 That may or may not happen, but if it does, what are the Big 12’s expansion options? We’re taking a look at two possible target schools a day this week. Here’s the 10th:

Pros:  The Big 12 could tap into the huge Tampa-St. Petersburg TV market, which ranks 13th, higher than any other expansion candidate outside the state of Texas. There are 3 million people in the metro area, and it only seems like half of them attend USF. A potential Big 12 Network would certainly like to be in Florida homes. Oh, yeah, the recruiting is good, too. Distance is a consideration, but Tampa has one of the best airports in the country. No other expansion candidate, not even BYU, offers as great a football facility, but that’s because the Bulls play in the home of the NFL Tampa Bay Bucs. The program, which bottomed out in recent years after peaking at the No. 2 ranking in 2007, started making a comeback in 2015 with an 8-5 record, 6-2 in the AAC. The academics have improved substantially.

Cons: Where is the pride and passion? Attendance is generally weak, the flagship programs aren’t very good, and USF fights the stigma of being labeled a commuter school by some critics. The football team just had its best season since 2010, but couldn’t even fill half the stadium. While it’s sweet to play in an NFL palace, the off-campus site contributes to a sterile environment — Death Valley, it is not. The men’s basketball team has been well outside the top 100 in home attendance, averaging 4,406 fans in 2014-15. The football program had four losing seasons in a row (14-34 combined) before last year’s bounce-back. In fairness, USF had five straight winning seasons (42-23) from 2006-10. Tampa/St. Pete is much more of a pro sports market with the Buccaneers, the MLB’s Rays and the NHL’s Lightning. College sports may never be big there.

Best/worst sports: Well, the women’s sailing program is a strong suit. Wonder how that will play in Stillwater, Okla.? The men’s golf, tennis and soccer teams are pretty solid. Football, on the other hand, has been a real problem in recent years. Men’s basketball is downright terrible; in the last four years, the Bulls have gone 8-25 (4-14 AAC), 9-23 (3-15), 12-20 (3-15) and 12-19 (3-15). At least they’re consistent. In South Florida, you’d expect baseball to flourish, but the Bulls tied for last with Florida rival UCF in the AAC this year.

Academic ranking: No. 156, according to U.S. News and World Report.

Current Learfield Cup ranking:  No. 72, through the winter sports (73rd in 2014-15). How that ranking places South Florida among Big 12 schools:

South Florida vs. Texas: The two schools have never met in football.

Kevin Lyttle’s odds: 25-to-1. USF feels like the second choice in Florida to UCF, so probably the only way the Bulls get an invite is in a Sunshine State parlay with the Knights.

Golden: The pros and cons of Mack Brown to Baylor