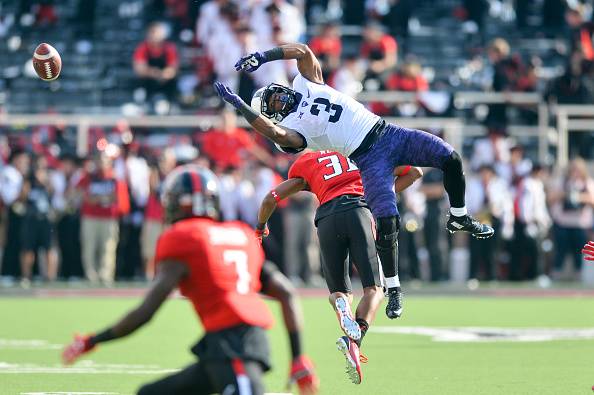 DALLAS — Shaun Nixon, who was supposed to be vying with Kyle Hicks for TCU’s top running back, will miss the season because of injury.

Coach Gary Patterson announced the news Monday morning, but did not say what injury Nixon suffered or when it happened. TCU, in general, doesn’t announce specifics of injuries.

Nixon has had knee issues in the past. He was limited this past spring in how much he could practice.

Nixon had been moved to receiver last fall to help with depth at the position. But he was back at tailback during spring drills.

Nixon caught 57 passes for 501 yards last fall, his first year of action. He was granted a medical redshirt for 2014, his freshman year.

He was considered a four-star recruit by most services when he signed with TCU. He was the District 15 5A MVP as a senior at Lake Travis.

TCU added Derrick Green, a transfer from Michigan, this summer. Green is eligible to play this fall. He was ranked as a five-star prospect coming out of Richmond, Va., but never showed much success in Ann Arbor.