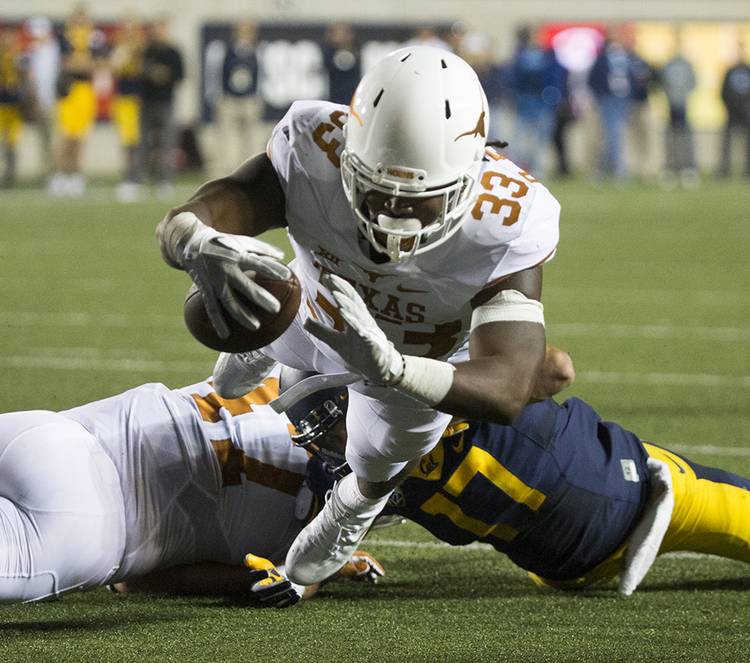 On a day that’s seen several ranked upsets, it’s looking like No. 11 Texas will have some work to do in the second half in Berkeley, Calif.

The Longhorns, playing their first road game of the season, trail the Cal Bears at the break, 35-33.

It’s felt like a shootout all night. The two teams have combined for 68 points, 596 yards and 34 first downs.

Shane Buechele has taken two hard hits and left the game for three series. Chris Warren III got the start at running back, but D’Onta Foreman is playing too. Tyrone Swoopes came off the bench first in the 18-Wheeler package, but then as Texas’ main quarterback in Buechele’s absence. He produced two touchdown drives in his first two series, but then threw an interception that led to a Cal touchdown and was subsequently replaced by Buechele — who quickly threw a 41-yard touchdown pass.

Texas has seen a Kevin Vaccaro fumble recovery and long run-back taken away by replay, and a Sheroid Evans interception taken away because he couldn’t keep his foot inbounds.

A Brandon Jones blocked put became a safety for Texas, giving the Longhorns a 33-28 lead with a minute-and-a-half to go, but Buechele was picked off on Texas’ ensuing series, and a nice runback set Webb up for a late touchdown pass to give the Bears the lead.

Buechele is 9 of 19 for 110 yards, with a touchdown and an interception. Foreman has 11 carries for 80 yards and a touchdown, and Warren has 12 carries for 66 yards and two scores. Jacorey Warrick and John Burt each have three catches to lead Texas.

For Cal, Webb is 16 of 25 for 245 yards and three touchdowns. Chad Hansen has six catches for 121 yards. Vic Enwere has only 23 rushing yards on eight carries, but two of them have gone for short touchdowns.

Trent Domingue missed a 53-yard field goal attempt to end the half.

Follow live for all the live-game action, insights from Statesman staffers at the game and more here.