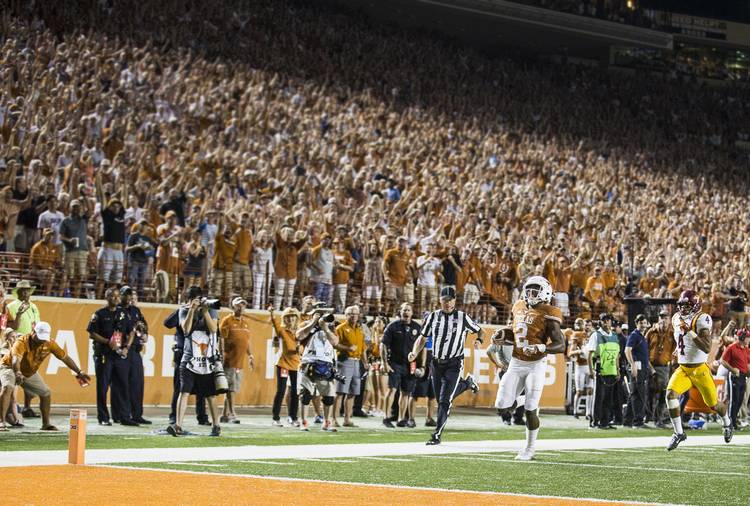 Armanti Foreman’s 22-yard return with 1:46 left in the first half gave the offense the short field it sorely needed. The Longhorns cashed in with a Trent Domingue field goal, UT’s only first-half points.

After a quiet first half, quarterback Shane Buechele hit Jerrod Heard with a 37-yard touchdown pass to give Texas a lead it wouldn’t relinquish.

A three-point first half against a team that’s 4-14 over its last 18 games is never good for business. The Horns played in an offensive slumber in the first half before waking up.

Kris Boyd was called for taunting after the Horns stopped Iowa State on a third down at the Iowa State 45. Instead of getting the ball back, the defense was kept on the field for another six plays.

After a first-half slumber, the Horns  scored 21 points in the third quarter, the most spectacular coming on a 75-yard touchdown throw from Buechele to Devin Duvernay. That put Texas up by 11 points, its first double-digit lead since the loss at Cal.