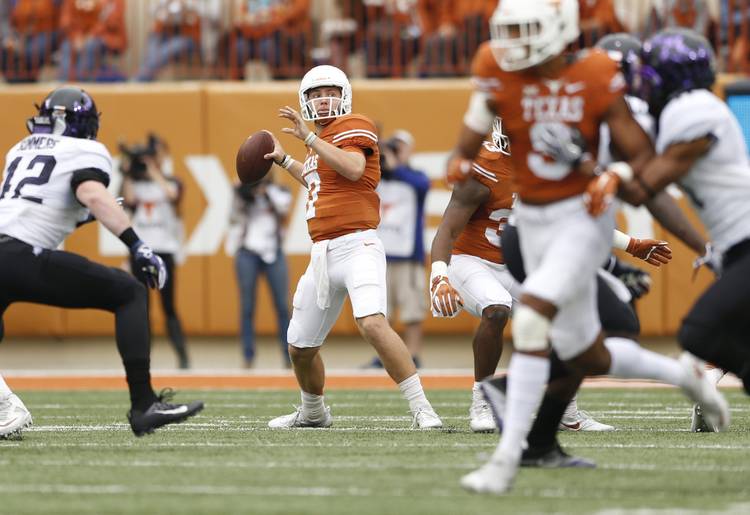 While Texas might be extended a bowl invitation Saturday, the Longhorns will not accept one, multiple bowl sources have told the American-Statesman.

The sources did not want to be identified because they said that decision should be announced by the school. So far, Longhorns officials have not declared whether they would take a bid or not.

“I haven’t had direct conversations with the school, but I understand Texas is not going to play in a bowl,” one executive bowl director told the Statesman.

Another bowl exec with a Big 12 tie-in said, “We’ve heard Texas is off the table. I can’t imagine they’d be able to get it all together, with a coaching change and all that, in time to play in a bowl. Seems like it wouldn’t be a high priority right now.”

With not enough bowl-eligible teams to fill 80 slots, Texas is third in line of the 5-7 teams, according to the Academic Progress Rate the NCAA uses to round out the postseason field.

At least two 5-7 teams will be needed, so North Texas and Mississippi State, the top available 5-7 APR teams, are guaranteed spots.

There are 76 bowl-eligible teams, meaning those with 6-6 records or better. Army and Hawaii will account for the 77th and 78th spots.

Army (6-5) is scored as a 5-5 team because it has two wins over FCS teams and only one is allowed to count. But the Cadets, who play Navy on Dec. 10, are the highest-scoring APR team of those in the running for bids, and the NCAA said Army will be at the front of the line.

Hawaii (6-7) finished with a losing record, but the NCAA said the Warriors will get a spot because of their six wins.

Several bowl officials stressed that even if Texas did get a bid, there is little chance it would be to a game with a Big 12 tie-in and could easily be a pre-Christmas game, which would leave the new staff even less time to prepare.

Breakfast with Bevo: So how did Tom Herman end up on that parade float, anyway?