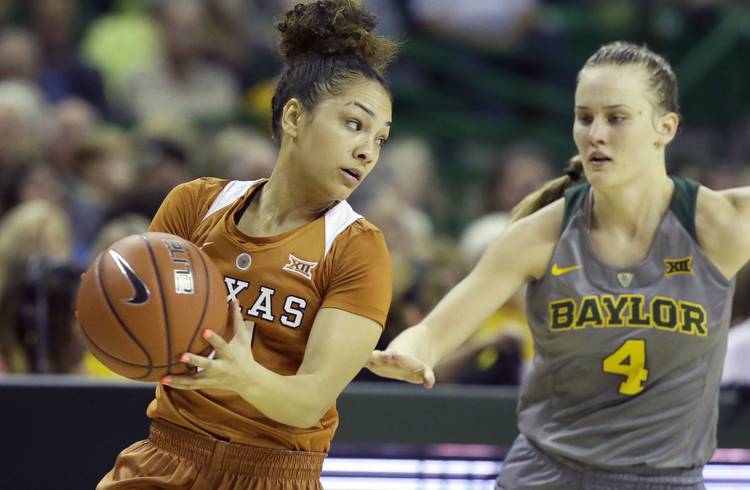 WACO — Joyner Holmes broke a tie with a short banker with 1 minute to play and 11th-ranked Texas upset No. 2 Baylor 85-79 Monday night at the Ferrell Center.

UT’s victory snapped Baylor’s 54-game home winning streak. It also snapped BU’s current victory streak at 21. The Longhorns had lost 14 straight times in Waco, a streak that dated back to 2010.

Texas led by as many as 16 points in the second half before Baylor stormed back. Bears center Kalani Brown tied the game 76-76 with 1:22 to play.

It was UT’s 17th straight victory.

Texas played near-flawless basketball in the first half and earned a 47-35 lead at the break. Surprisingly, Baylor All-America candidates Alexis Jones and Nina Davis went scoreless in the first 20 minutes.

Jones did not score a field goal until the 7:08 mark in the third quarter and Davis followed with a bucket a minute later.

Texas will return to Big 12 action Saturday with a home game against Kansas.