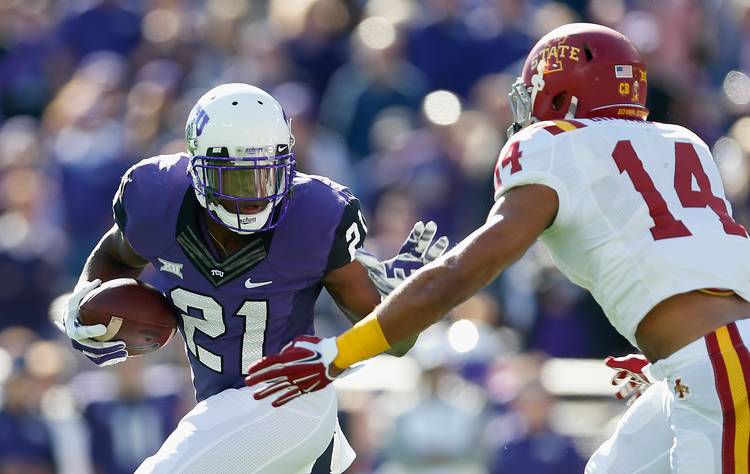 TCU running back Kyle Hicks rushes the football against linebacker Jared Brackens #14 of the Iowa State Cyclones during the Big 12 college football game at Amon G. Carter Stadium on December 6, 2014 in Fort Worth, Texas. The Horned Frogs defeated the Cyclones 55-3. (Christian Petersen/Getty Images)

Only two running backs are being brought to Big 12 media days this week — that’s the same number of punters, if you’re scoring at home.

The Big 12 had four running backs taken in the NFL draft, so it’s not like the position is becoming extinct. I asked TCU’s Kyle Hicks about the position’s place in this high-scoring conference.

“I think we’re still pretty important,” said Hicks, who had a five-touchdown game against Baylor last year. “I try to make myself important; that’s why I try to be the best complete back I can be.”