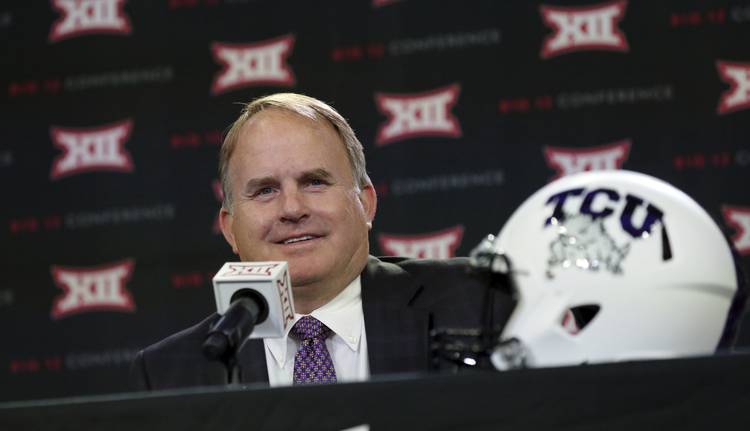 FRISCO — No team from the state of Texas made the final top 25 Associated Press poll at the end of 2016. How hideous was it? The last time it happened was in 1967, back when only the top 10 were ranked.

“We should be embarrassed we don’t have a team in the top 25,” Patterson said. “There are a lot of good football players, even that come to our schools, that can play and play at a high level, and we need to play better. It’s as simple as that.”

Houston, then directed by Texas coach Tom Herman, was the only in-state team that received votes in the final poll.

Patterson said A&M leaving the Big 12 for the SEC “hurt us a little bit.”

Patterson also mentioned that many more national schools are scouring the state for prospects.

“Number one, we’ve got to keep players here,” Patterson said. “I think the internet and everything else has led to that because kids go anywhere now to look at a school. It’s not regional. And we’ve got to do a better job of keeping them in state. If you want to have great teams, you have to have great players. No doubt about it, that’s what we have to be able to do.”