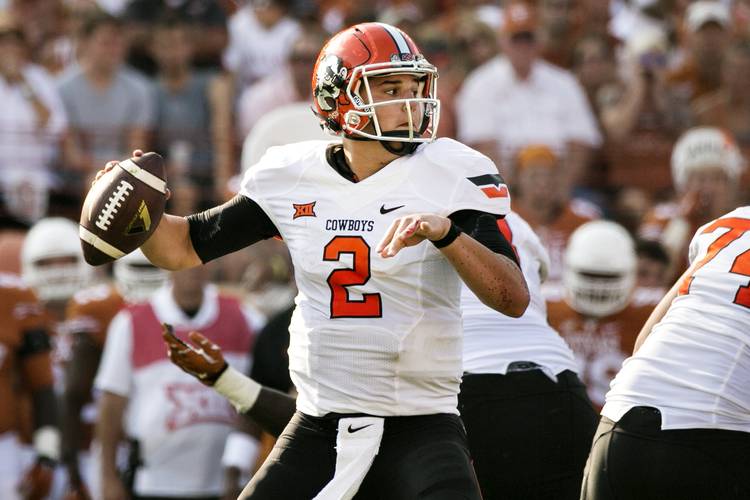 Mine, though, is Oklahoma State quarterback Mason Rudolph.

I also picked the Cowboys as the top team in the conference. And I decided all this back in late December when Oklahoma State dismantled Colorado in the Alamo Bowl.

Rudolph, a senior, told me Tuesday that this offseason he has detailed the mistakes he made last year to make sure they’re not repeated. And he didn’t have a ton of bad throws, with only four interceptions.

Rudolph also can lean on big-play, wow receiver James Washington, who averaged 19.2 yards a catch last fall, and tailback Justice Hill, who gained more than 1,000 yards as a redshirt freshman.

So I’m not sure why Rudolph isn’t the consensus pick. It’s difficult to beat experience combined with a great offensive cast.

Big 12 media days takeaway: Matt Rhule is off to a great start in Waco