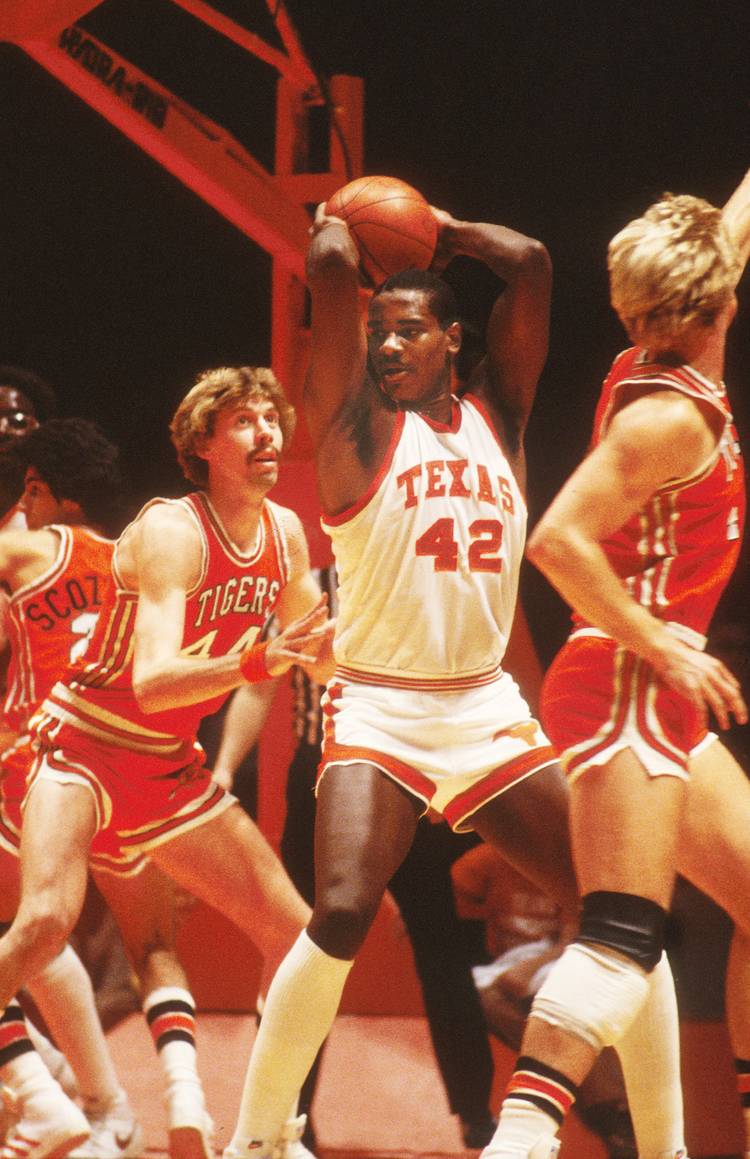 Throughout Black History Month, the American-Statesman will take a daily look at the black athletes who have had a lasting impact in Texas’ athletic department. Today, we are writing about basketball player LaSalle Thompson.

During the 1981-82 season, Thompson averaged 13.5 rebounds per game and became the first Longhorn to lead the nation in an individual category. T.J. Ford (assists, 2001-02) and Roderick Anderson (steals, 1994-95) have since accomplished that feat.

Chosen fifth overall by Kansas City in the 1982 NBA Draft, Thompson was the first first-round pick in Texas’ history. Thompson would up averaging 7.9 points and 6.8 rebounds per game over 15 NBA seasons. Thompson is so far the only ex-Longhorn to last 15 years in the NBA, although LaMarcus Aldridge is currently in the midst of his 14th year.